RED HOOD AND THE OUTLAWS #16 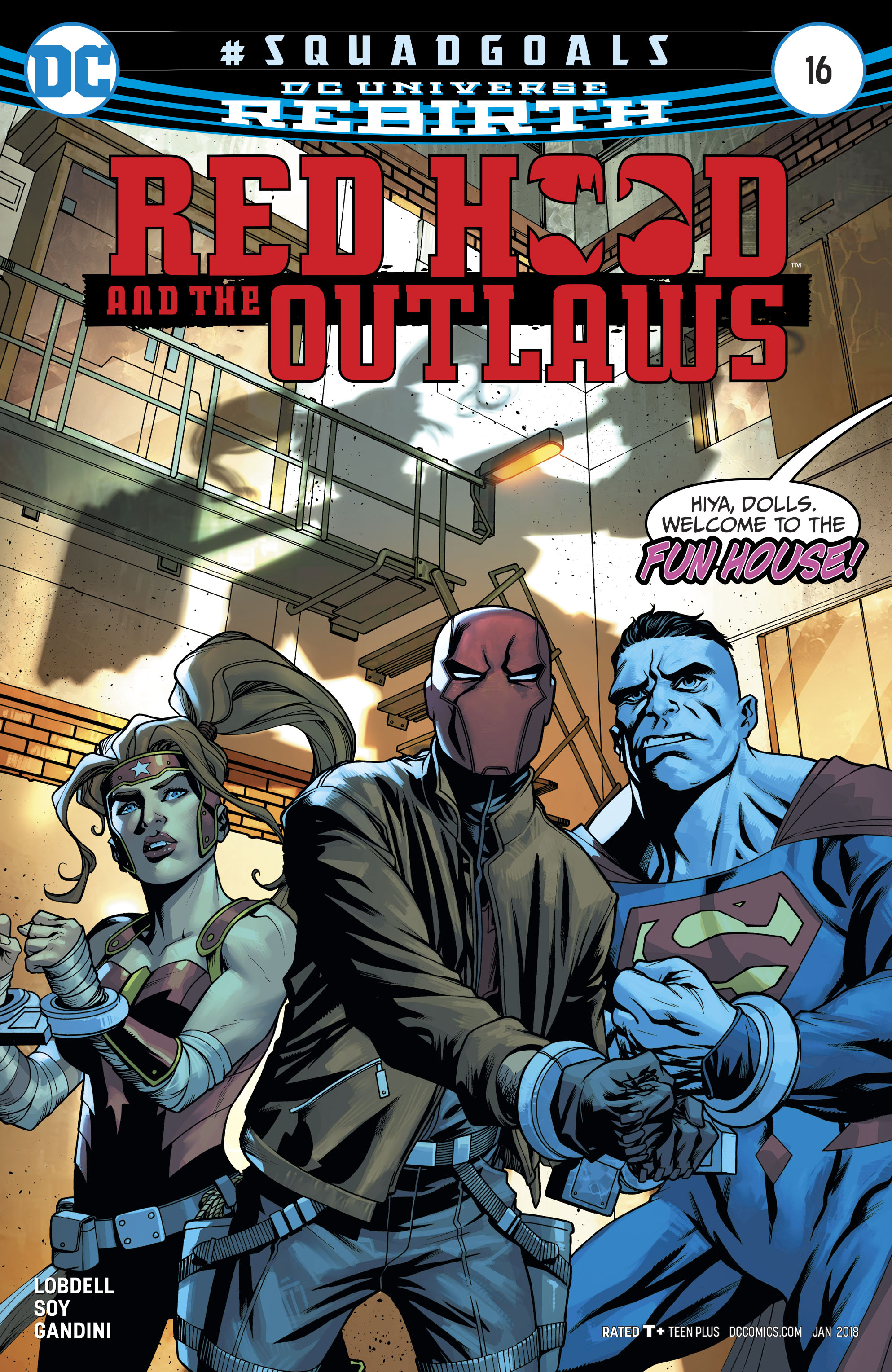 SEP170334
(W) Scott Lobdell (A) Dexter Soy (CA) Mike McKone
"Bizarro Reborn" part three! They may only use the title "Outlaws" as cover for Red Hood's clandestine war on crime-but their status as Gotham City's most wanted has landed them in the prison yard at Belle Reve Penitentiary! But are they locked in with the Suicide Squad-or is the Suicide Squad locked in with the Outlaws? Harley Quinn, Killer Croc and Deadshot go out of the way to make Red Hood, Artemis and Bizarro feel right at home in this maximum-security prison...while Amanda Waller rustles up three new brain bombs!
In Shops: Nov 08, 2017
SRP: $3.99
View All Items In This Series