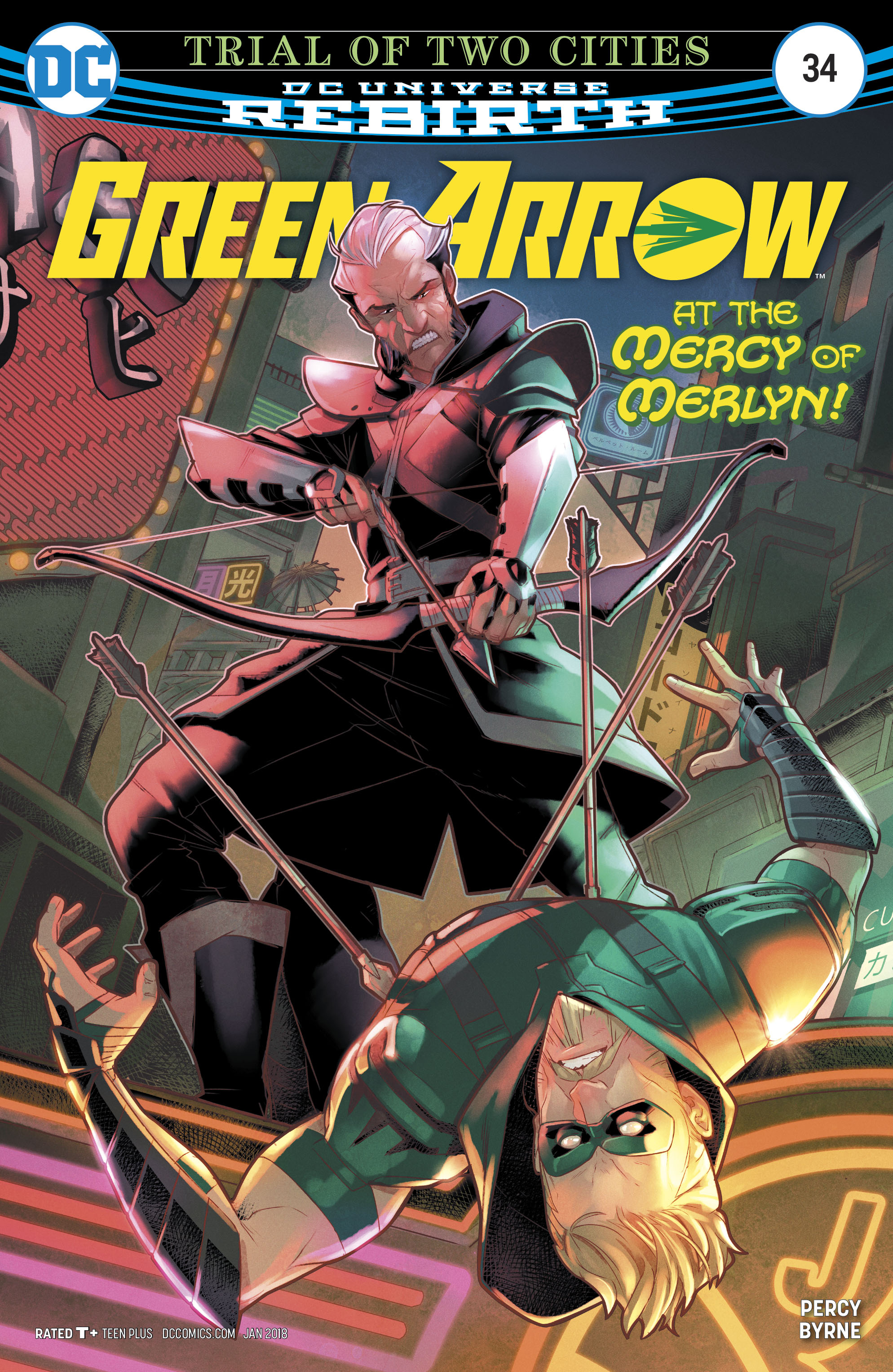 SEP170301
(W) Ben Percy (A) Stephen Byrne (CA) Jamal Campbell
"THE TRIAL OF TWO CITIES" part two! It's a revelation Ollie Queen could never have imagined, even in his darkest dreams. Long thought dead, his mother, Moira, is alive; she's a leader of the Ninth Circle; she's responsible for destroying Seattle; and because of Green Arrow, her partners are going to kill her. Moira needs Ollie's protection, not just from any assassin: she is the former lover of Moira's late husband. She is the mother of Ollie's half-sister, Emiko. She is Green Arrow's deadliest enemy. She is Shado.
In Shops: Nov 01, 2017
SRP: $3.99
View All Items In This Series