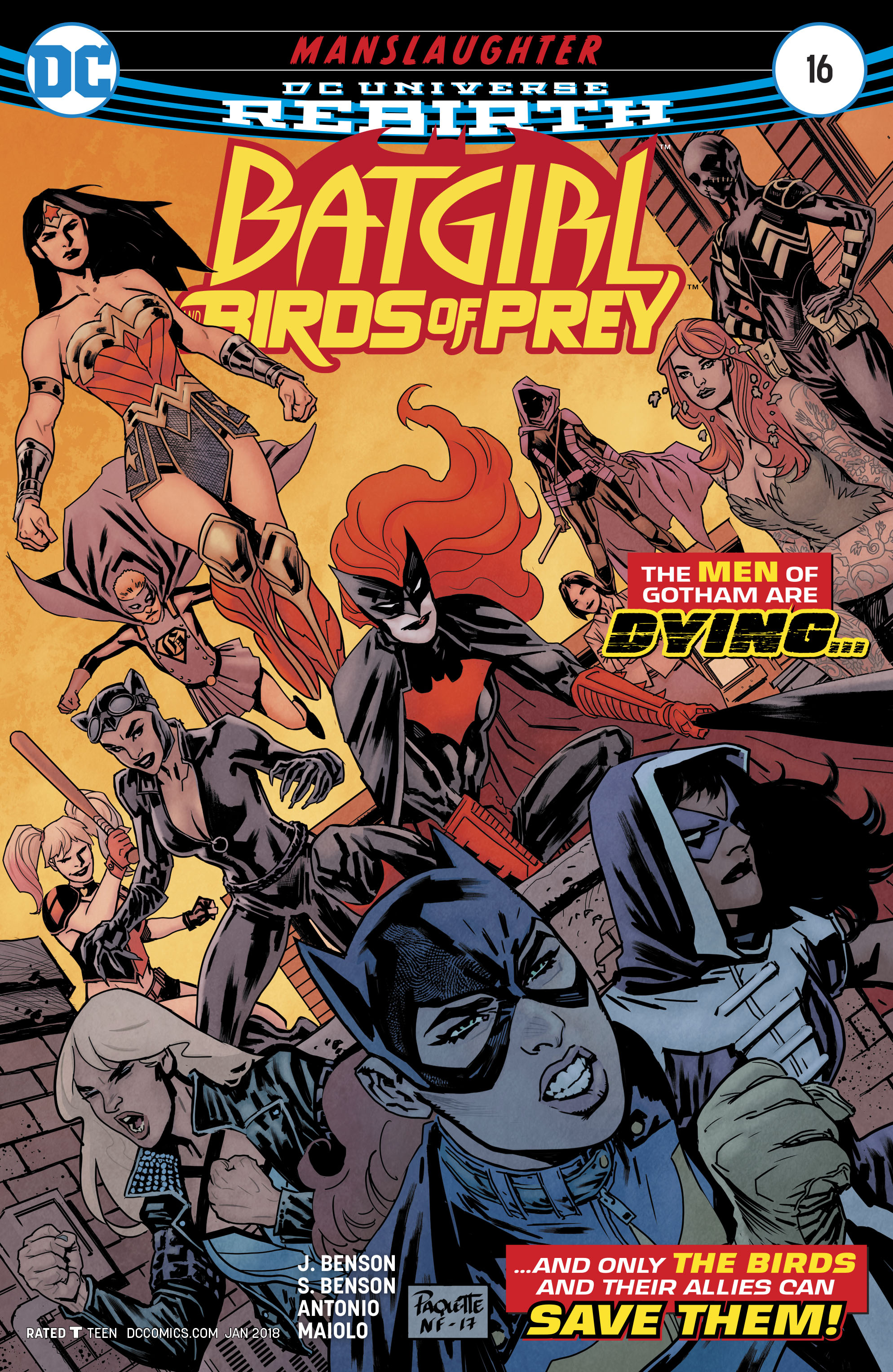 SEP170272
(W) Julie Benson, Shawna Benson (A) Roge Antonia (CA) Yanick Paquette
"Manslaughter" part two! As an illness that affects half of Gotham City's population grows, Batgirl, Black Canary and Huntress pick up some unexpected help from Catwoman, Ivy and Harley, as well as some welcome backup from Batwoman, Spoiler, Gotham Girl and Wonder Woman. But as the Birds of Prey grow closer to discovering the source of the outbreak, what they find won't end the plague and might only make it grow faster.
In Shops: Nov 08, 2017
SRP: $3.99
View All Items In This Series
ORDER WISH LIST