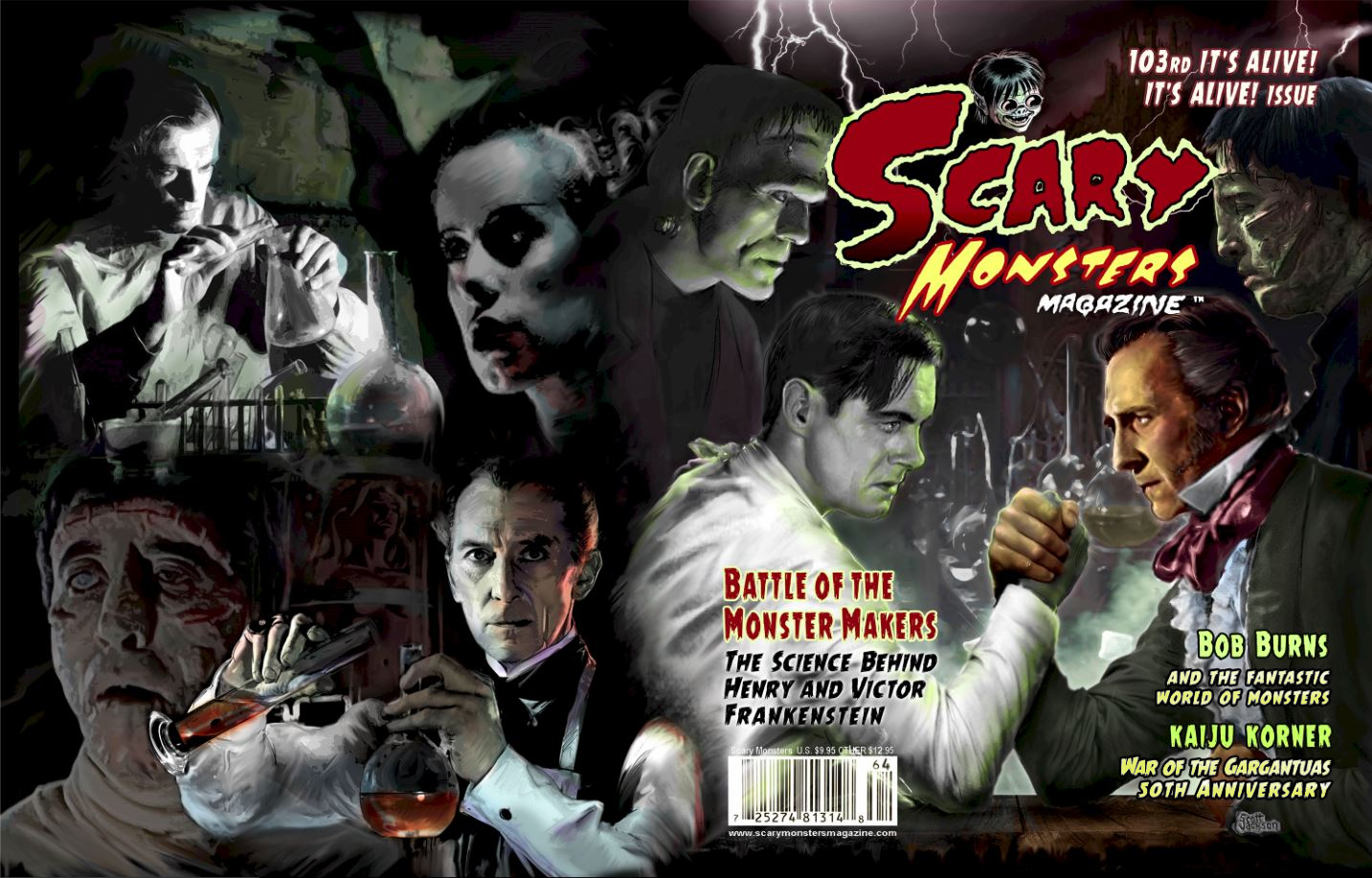 SEP168328
From MyMovieMonsters.Com. Henry or Victor? They both were scientific geniuses but from very different backgrounds. Their tragedies and triumphs were brought to movie theaters by two very different production companies more than two decades apart. Join us in Scary Monsters #103 as we take an in-depth look at Colin Clive as Henry Frankenstein (from Frankenstein, 1931) and Peter Cushing as Victor Frankenstein (from Curse of Frankenstein, 1957). Which of these two cinematic creators of life was the most successful in purely scientific terms? You decide. We'll also have another thrilling visit with "John Agar the B-Star" in Part II of our review of his horror and sci-fi films. In addition to Monster Kid favorites like Kaiju Korner, Mazza's Scary Stills, Dr. Gangrene's Mad Interview, and Tiny Tales of Terror, we'll examine the films of Ray Milland, including X The Man with the X-ray Eyes! Join Sam Scare and the rest of the gang as we continue to bring horror fans like you A Real Monster Magazine - all classic, all the time!