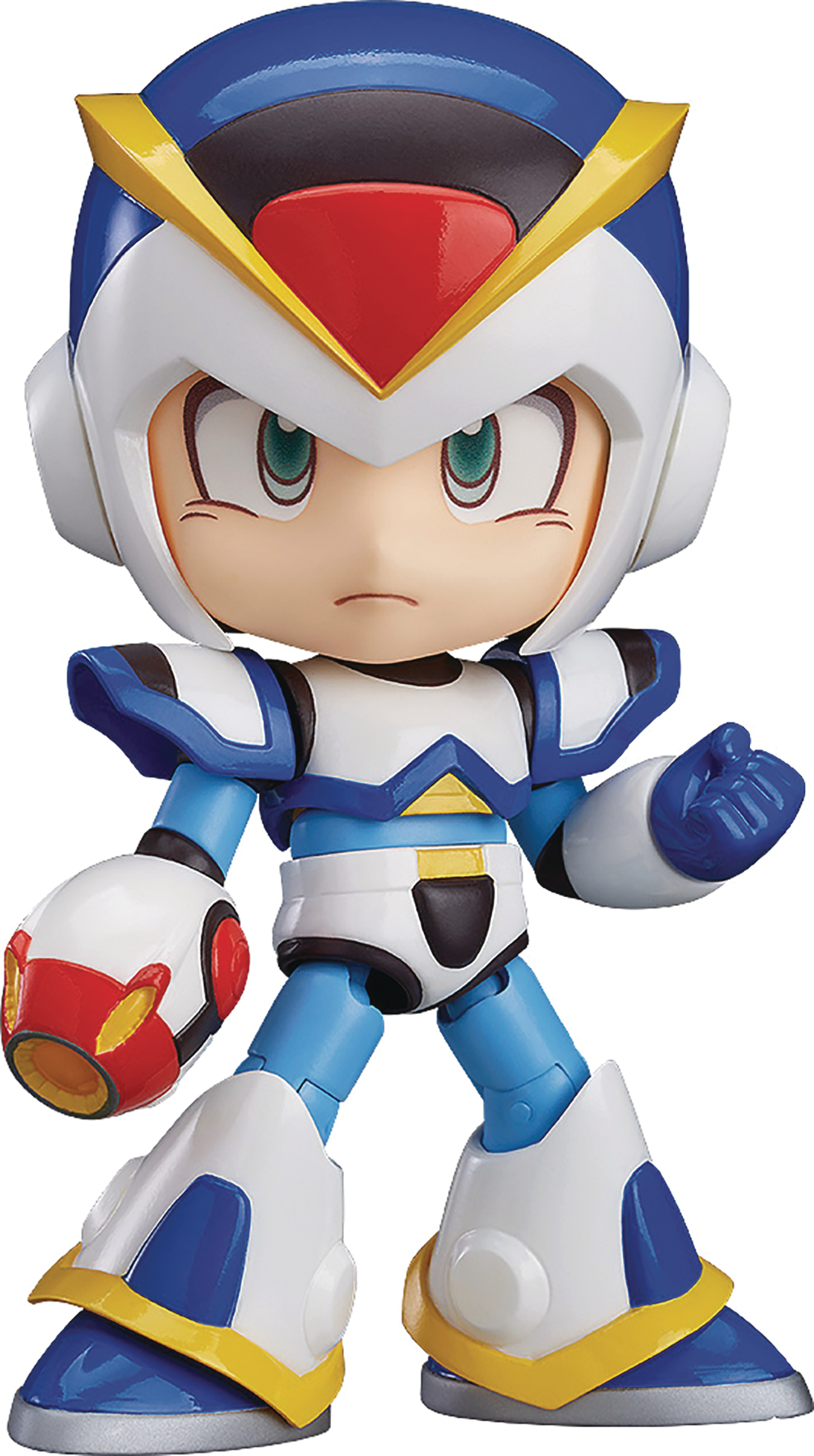 SEP168170
From Capcom. From Mega Man X comes a Nendoroid of the Maverick Hunter X with all of his upgrades complete! Optional parts include his X-Buster with the standard shot, charged shot as well as his upgraded "Spiral Crush Buster" shot! He even comes with parts to recreate the secret "Hadouken" pose from the game! The Nendoroid comes with both a standard expression as well as a combat expression to switch between. His legs are specially articulated allowing you to pose him in the dashing pose and jumping pose from the game!