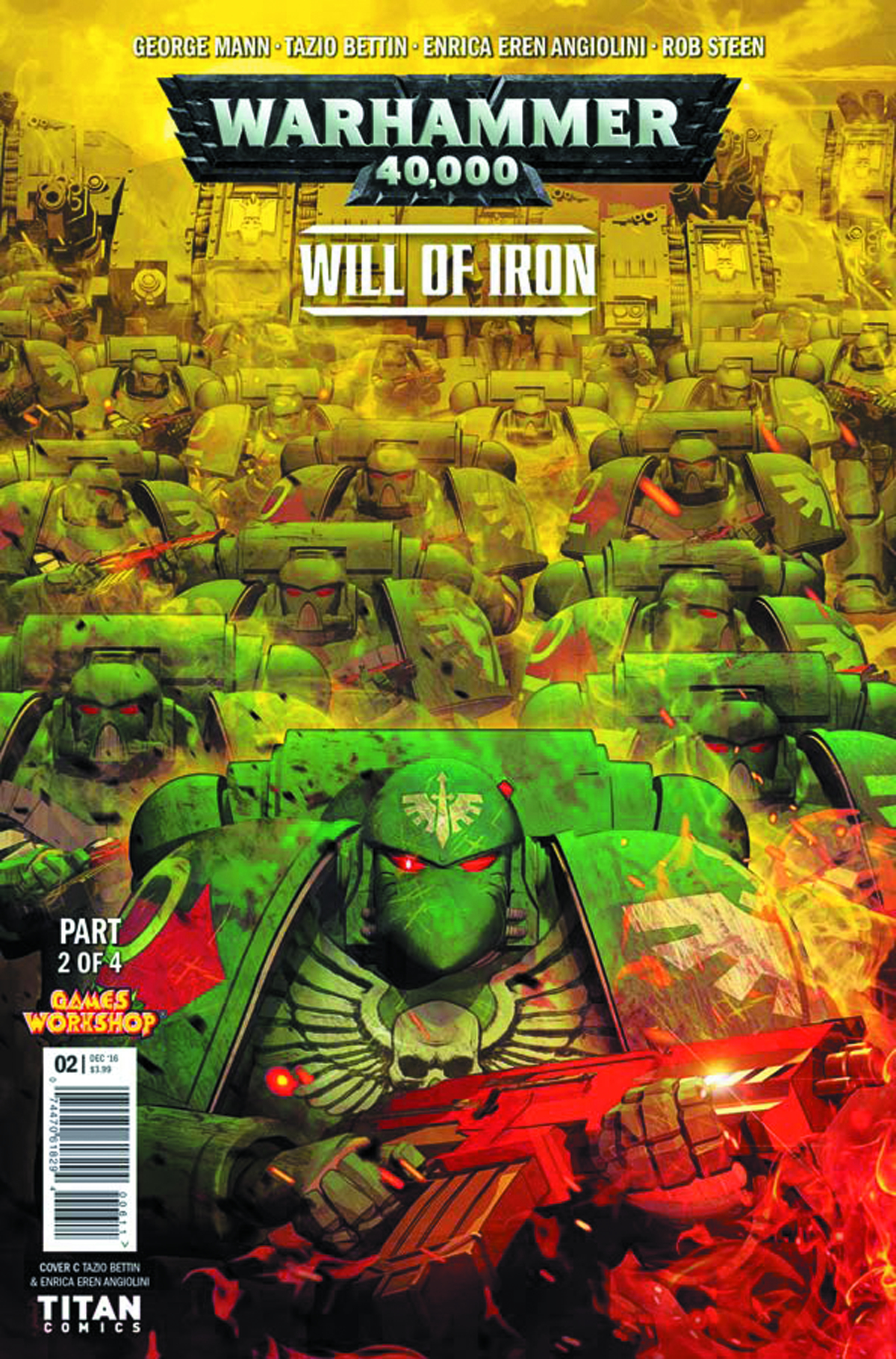 SEP161941
(W) George Mann (A) Tazio Bettin (CA) Fabio Listrani
Three superhuman warriors, humanity's last defence against the horror that stalks the warp... Three perspectives on the eternal battle against Chaos - in an all-new front of the war! Baltus, climbing the ranks of the Dark Angels and discovering shocking revelations at every turn. Interrogator Chaplain Altheous, preserving his chapter's secrets at all costs. And Inquisitor Sabbathiel and her warband, holding the Dark Angels to account, as heresey gnaws from within!
In Shops: Nov 09, 2016
SRP: $3.99
View All Items In This Series