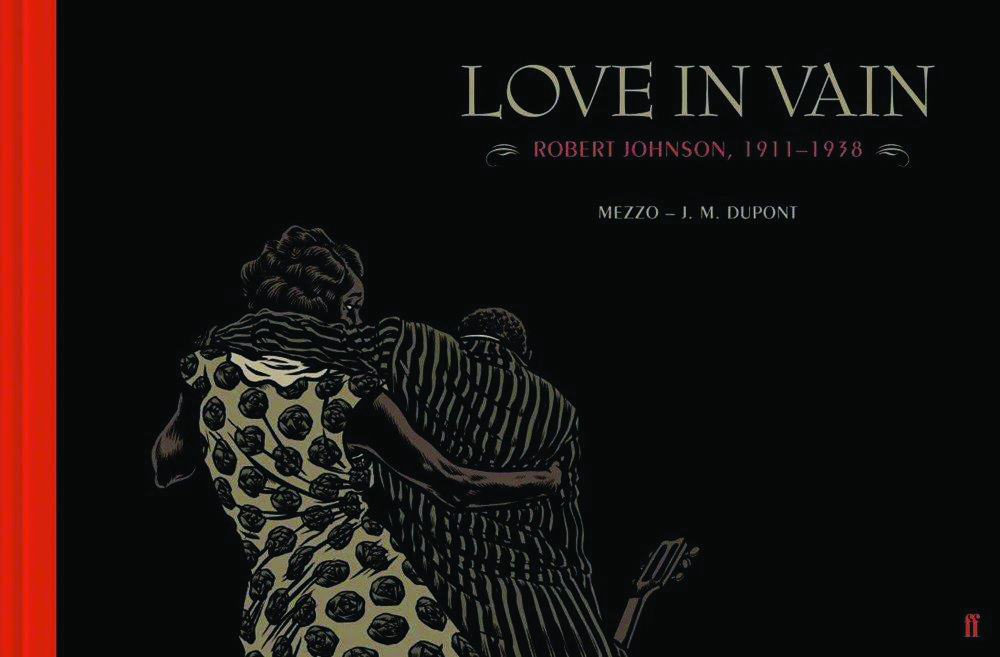 SEP161678
(W) J M Dupont (A/CA) Mezzo
From "Crossroads Blues" to "Sweet Home Chicago," "Hellhound on My Trail" to "Come On In My Kitchen," Robert Johnson wrote some of the most enduring and formative songs of the original blues era, songs that would go on to help shape the birth of rock 'n' roll in the 1960s. Born in the in the South in Mississippi, Johnson made his way to the urban North as a traveling musician, but it was only when he returned to the South that he recorded the twenty-nine songs, in two sessions, which would create his legacy. Exploring the stories and legends that surround his life and death - his childhood, his womanizing, his pact with the devil at the crossroads - Mezzo and DuPont have produced a fittingly creative and beautiful depiction of this most extraordinary life.
In Shops: Nov 23, 2016
SRP: $29.95
ORDER WISH LIST