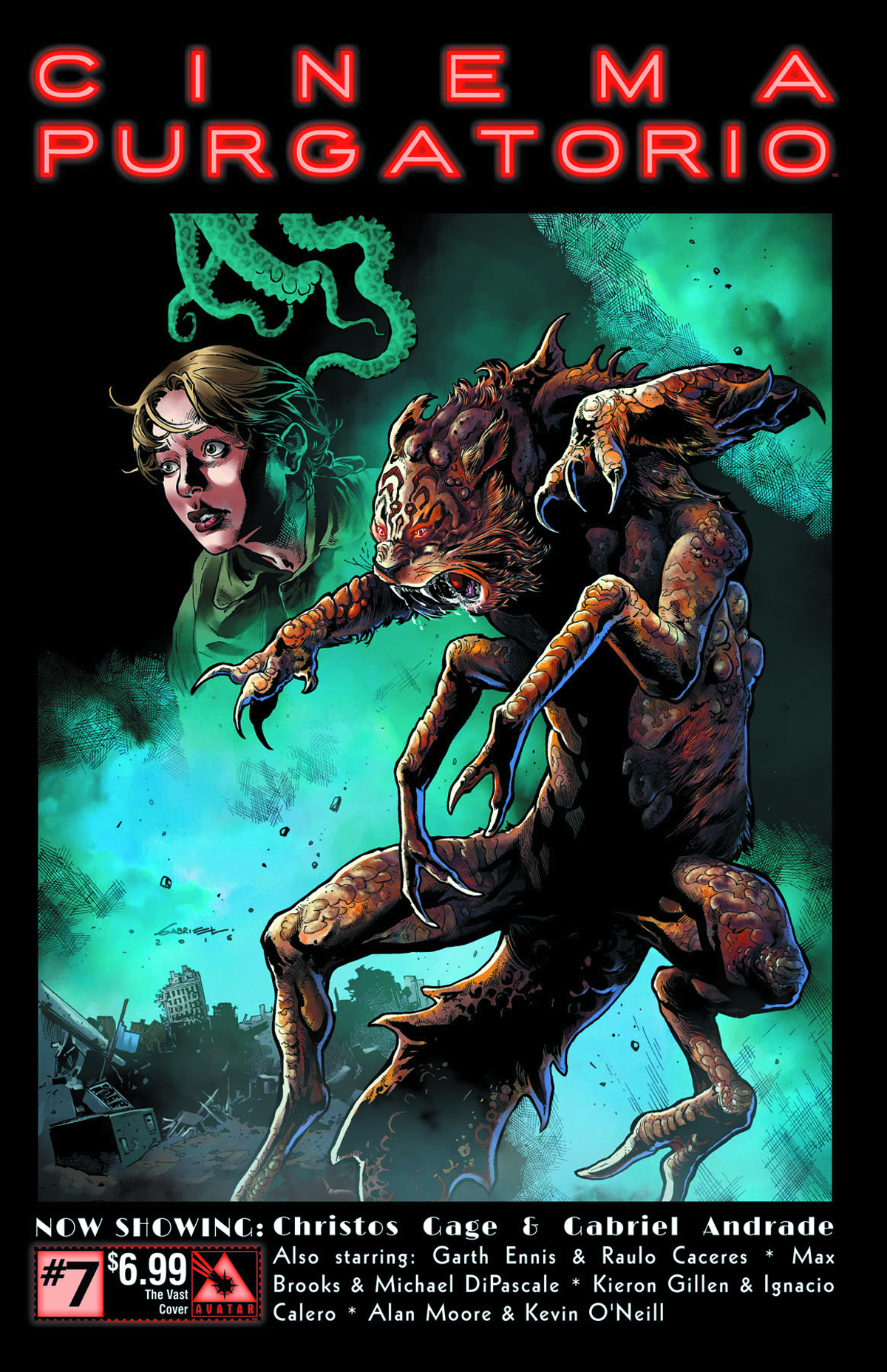 SEP161344
(W) Alan Moore, Garth Ennis, Max Brooks, Kieron Gillen, Christos N. Gage (A) Kevin O'Neil, Raulo Caceres, Michael DiPascale, Ignacio Calero (A/CA) Gabriel Andrade
The screen goes dark and you hear the "tick-tick-tick" of the reel flapping as it whips unchecked around the spool.  There's something horrible in that sound.  You still can't believe what you just watched... but at least it's over.  Who made these movies?  There's something very wrong about them and you should go, just get up and leave.  Maybe after this next feature... Now showing: Cinema Purgatorio by Alan Moore and Kevin O'Neill, A More Perfect Union by Max Brooks and Michael DiPascale, Code Pru by Garth Ennis and Raulo Caceres, Modded by Kieron Gillen and Ignacio Calero, and The Vast by Christos Gage and Gabriel Andrade. Each story has its own cover by the series artist and there is also an Ancient Tome Premium edition limited to 1000 copies.
In Shops: Nov 16, 2016
SRP: $6.99
View All Items In This Series
ORDER WISH LIST