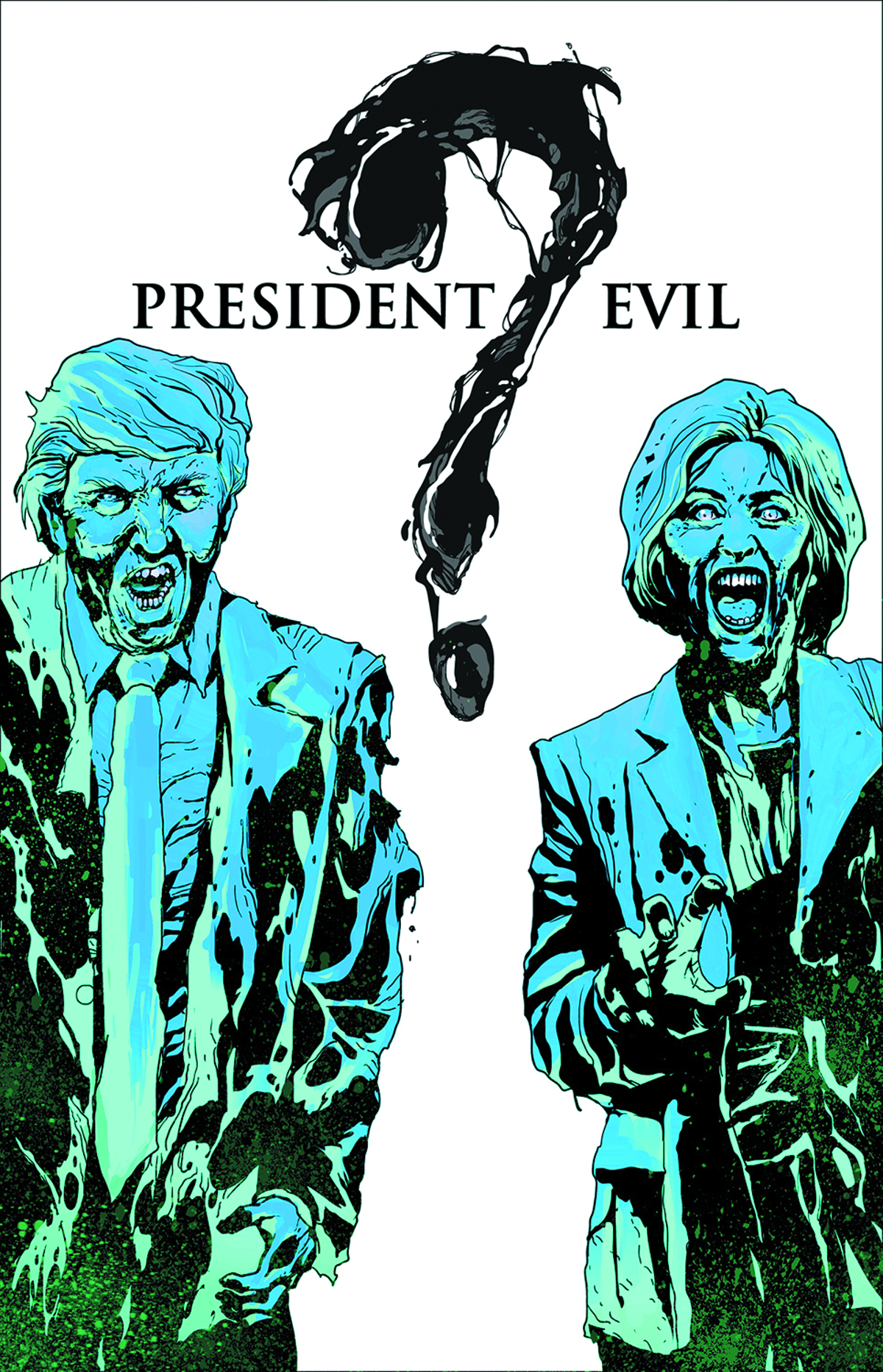 SEP161282
(W) David Hutchinson (A) David Hutchinson
After two zombie-packed terms of Ba-rot, the new candidates have decided that "ate is enough", and it's time to end this Obama-nation!  But when America's choices are between Killery Klinton and Don "of the Dead" Drumpf, will either be enough to rot the vote!?  Or would we be better off spending the weekend at Bernie's?
In Shops: Mar 22, 2017
SRP: $3.99
ORDER WISH LIST