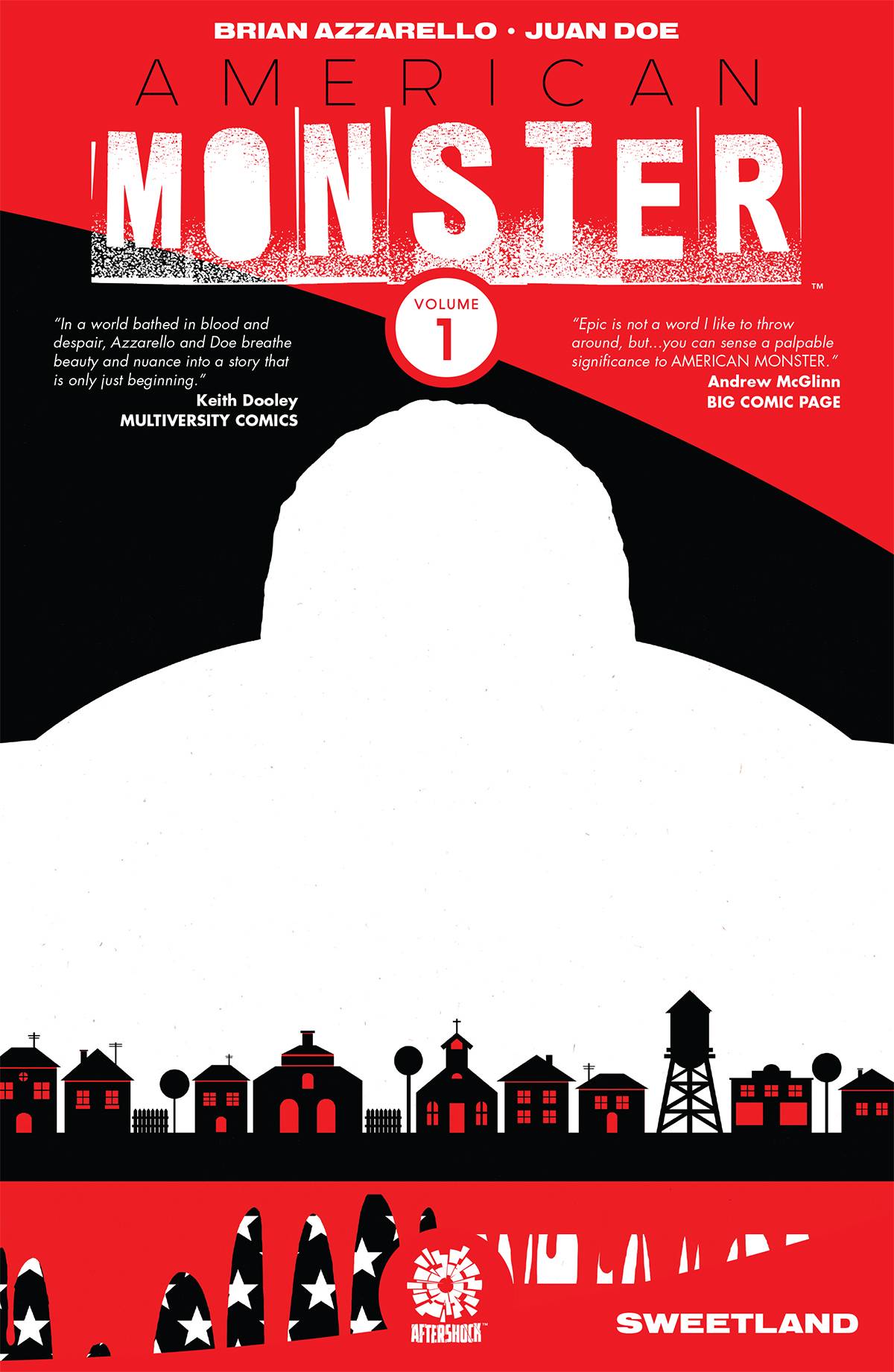 #
SEP161213
(W) Brian Azzarello (A/CA) Juan Doe
The ugliest side of humanity may be humanity's only hope.
Collecting the first five issues of Brian Azzarello's (100 Bullets, Dark Knight III) latest masterpiece, with horrifically, beautiful artwork from Juan Doe (Fantastic Four, Joker's Asylum).
In a small Midwestern town, a large man with a horribly scarred face gets off a bus, and takes a room. He spooks the locals-nobody knows him-or do they? It's impossible to say be-cause he seemingly has no face. The man's intentions remain unknown, until he takes on a corrupt sheriff and the rural crew of racist arms dealers. The town's impression of the man changes, and he's seen as a hero...until his real intentions bubble to the surface. The man isn't there to end the gang, but to take it over. And he's just getting started.
In Shops: Nov 23, 2016
SRP: $14.99
View All Items In This Series
ORDER WISH LIST