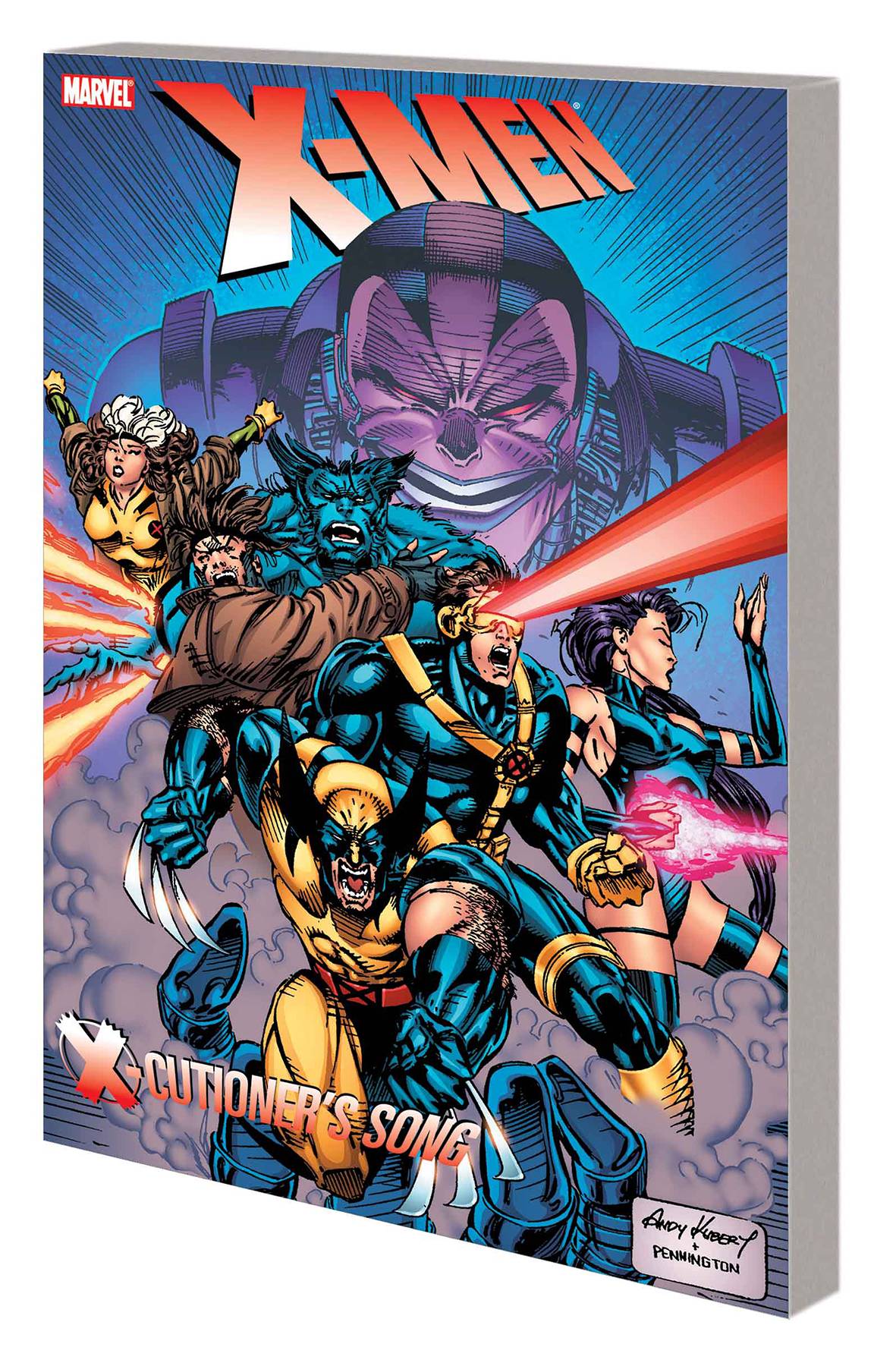 #
SEP161152
(W) Various (A) Various (CA) Andy Kubert
The X-Men story so big it took four books to contain it! When Cyclops and Phoenix are kidnapped - and Cable seemingly assassinates Professor X - the X-Men, X-Factor and X-Force go to war...with each other! Witness epic battles around the globe and on the moon as Mister Sinister's subtle plan of vengeance on Apocalypse unfolds and major revelations are made about the true identities of Cable and his twisted doppelganger Stryfe! Featuring blood, angst, sacrifice and great big guns as Marvel's mutant families dance to the villains' twisted tune! Collecting UNCANNY X-MEN (1981) #294-297, X-FACTOR (1986) #84-86, X-MEN (1991) #14-16, X-FORCE (1991) #16-18 and STRYFE'S STRIKE FILE.
Rated T
In Shops: Dec 14, 2016
SRP: $39.99
ORDER WISH LIST