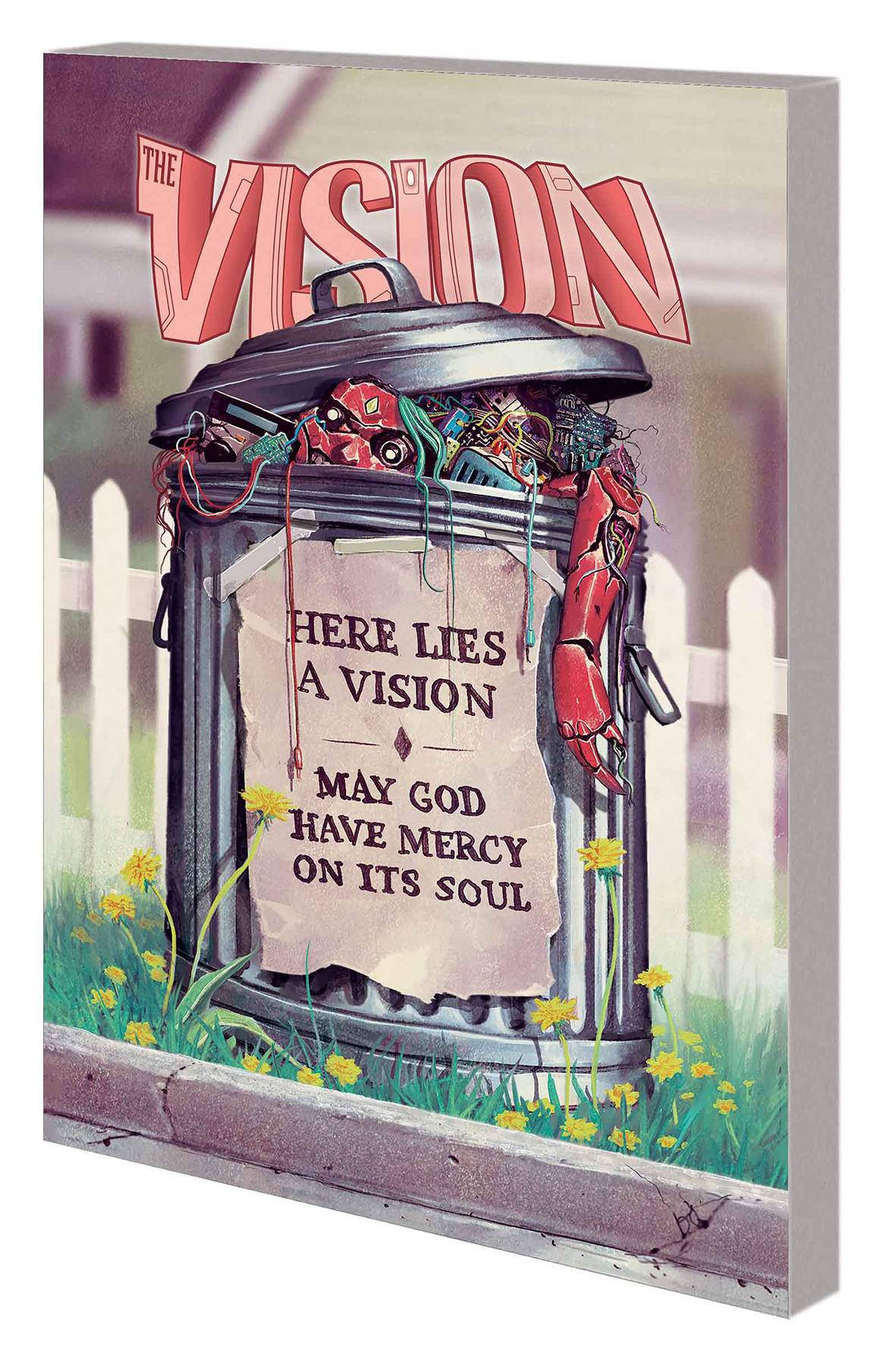 #
SEP161139
(W) Tom King (A) Kevin Walsh, Gabriel Hernandez Walta (CA) Mike Del Mundo
The epic conclusion of the story that everyone is talking about! Once upon a time, a robot and a witch fell in love. But the story of Scarlet Witch and Vision was just the start. Vision has built a new life for himself - a new family. Yet while every family has its share of skeletons in the closet, for the Visions those skeletons are real. And now the family's facade is crumbling. The Avengers know the truth. That Vision's wife has killed. That the synthezoid lied to protect her. And that lie will follow lie, death will pile upon death. The Avengers know they need to act. Tragedy is coming, and it will send the Android Avenger into a devastating confrontation with Earth's Mightiest Heroes. Nobody is safe. Collecting VISION (2015) #7-12.
Rated T+
In Shops: Nov 30, 2016
SRP: $17.99
View All Items In This Series
ORDER WISH LIST