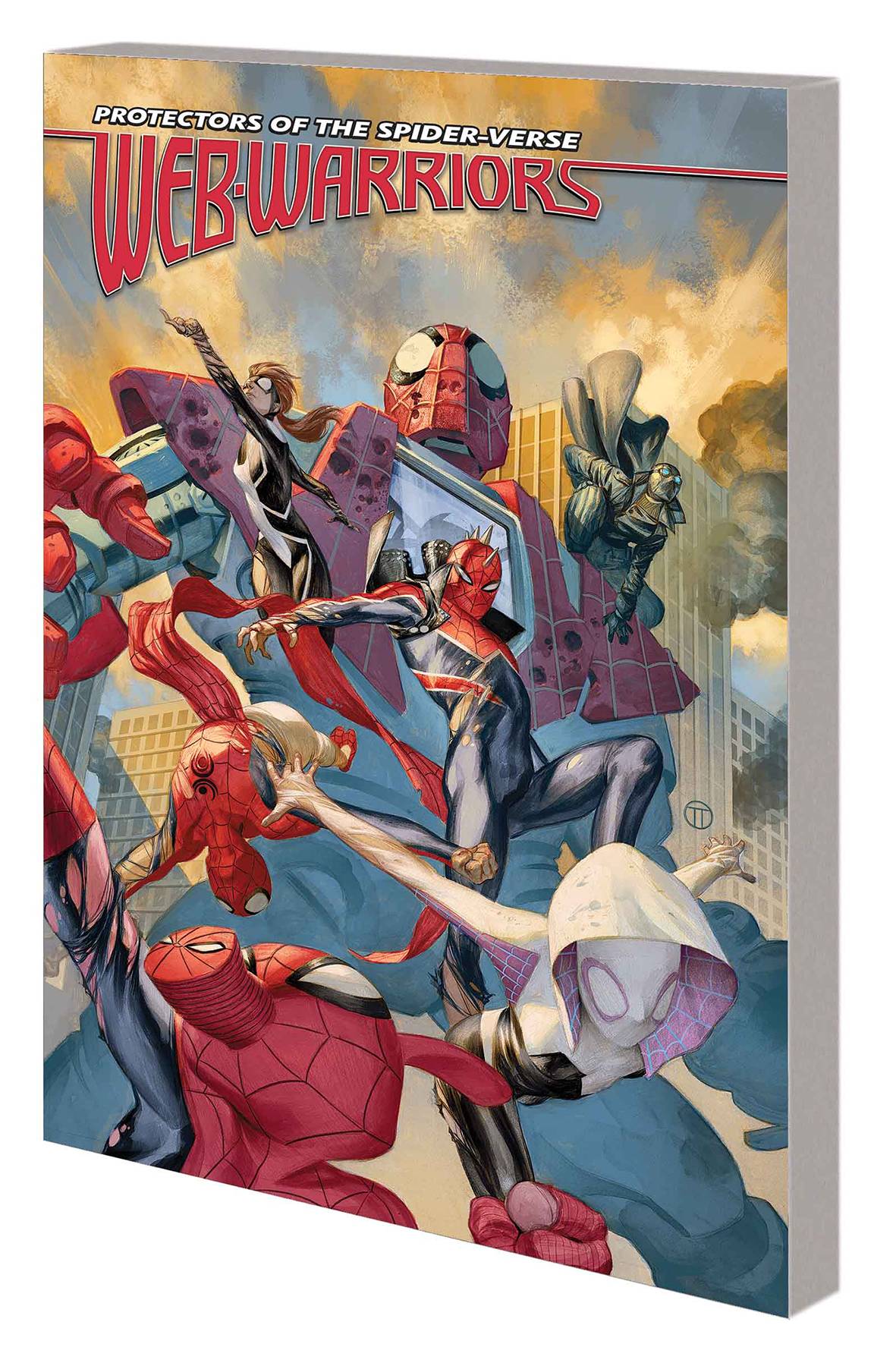 #
SEP161134
(W) Mike Costa (A) David Baldeon (CA) Julian Totino Tedesco
Still reeling from their fight against an army of Electros, the Web Warriors struggle to keep their team from falling apart! Also just barely holding it together is the entire Web of Life and Destiny! Even worse, its many threads are getting tangled. How are the Web Warriors supposed to repair reality itself? Maybe with the aid of the sensational Spider-Punk - after all, he carries safety pins! Or perhaps a giant Spider-Man robot from the farthest corner of the Multiverse could lend a big hand! When the team gets stuck on Earth-001, they'll take any help they can get. But with chaos spreading throughout the Spider-Verse, they'll need one heck of a recruiting drive. To stand any chance of survival, the Warriors must assemble an astounding array of amazing arachnids! But will any of them survive what's coming? Collecting WEB WARRIORS #6-11.
Rated T+
In Shops: Dec 14, 2016
SRP: $17.99
View All Items In This Series
ORDER WISH LIST