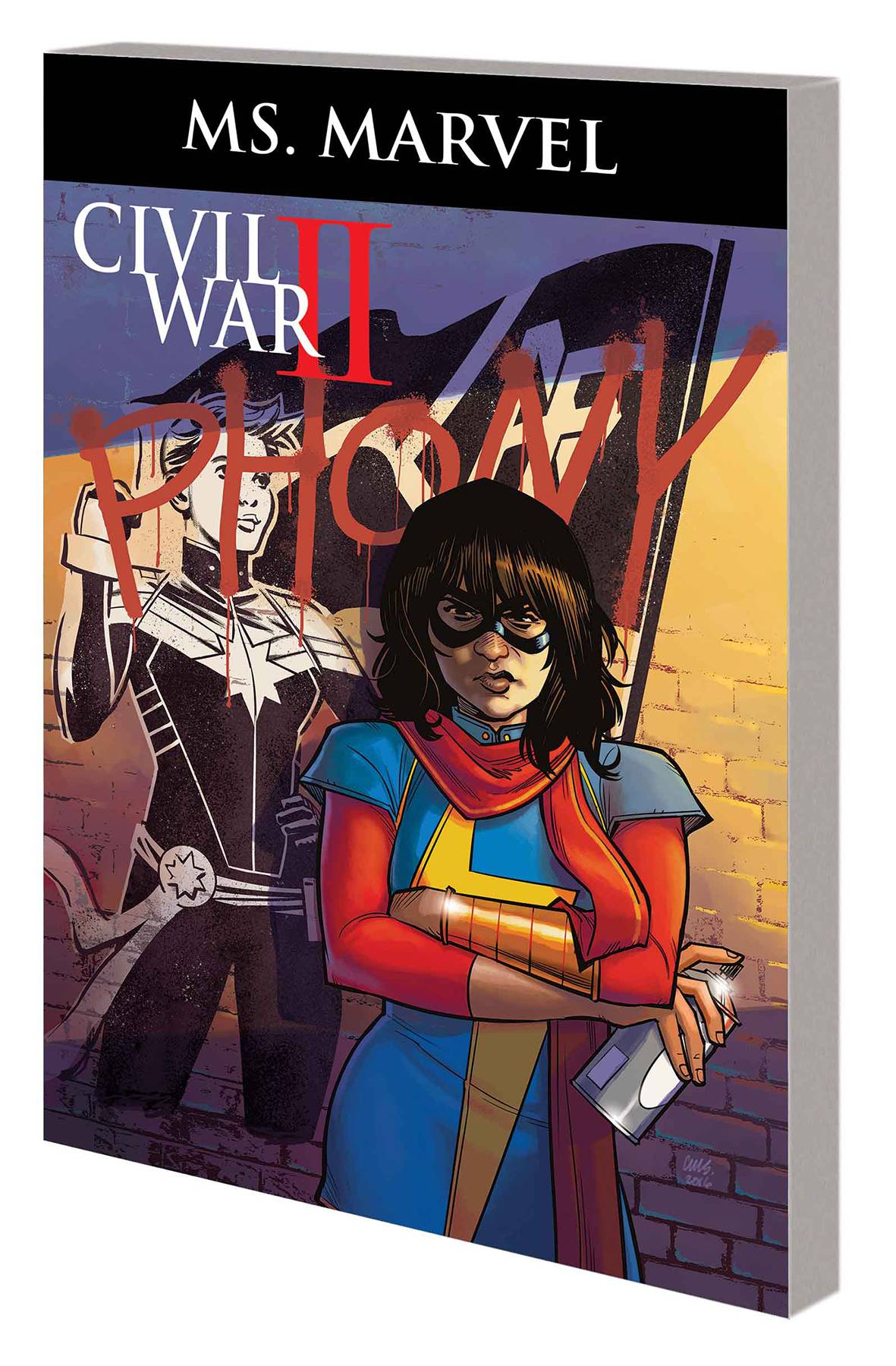 #
SEP161130
(W) C. Willow Wilson (A) Adrian Alphona, Takeshi Miyagawa (CA) Cameron Stewart
While CIVIL WAR II brews, the next generation of Avengers has bigger things to worry about - like a tri-state academic competition! As rival schools clash, Ms. Marvel's teammates Spider-Man and Nova are now her enemies! But when Kamala gets called to the real battle's front line, she faces a fight she can't embiggen her way out of. She's about to learn a valuable lesson: Never meet your idols! As war intensifies, tragedy strikes too close to home - and Ms. Marvel must choose between her heroes and her family. When friends become foes, Ms. Marvel struggles to put her life and Jersey City back together. Kamala will be forced to grow up fast and find her true place in the world. But will she be an international sensation...or a menace? Collecting MS. MARVEL (2015) #7-12.
Rated T+
In Shops: Dec 14, 2016
SRP: $17.99
View All Items In This Series