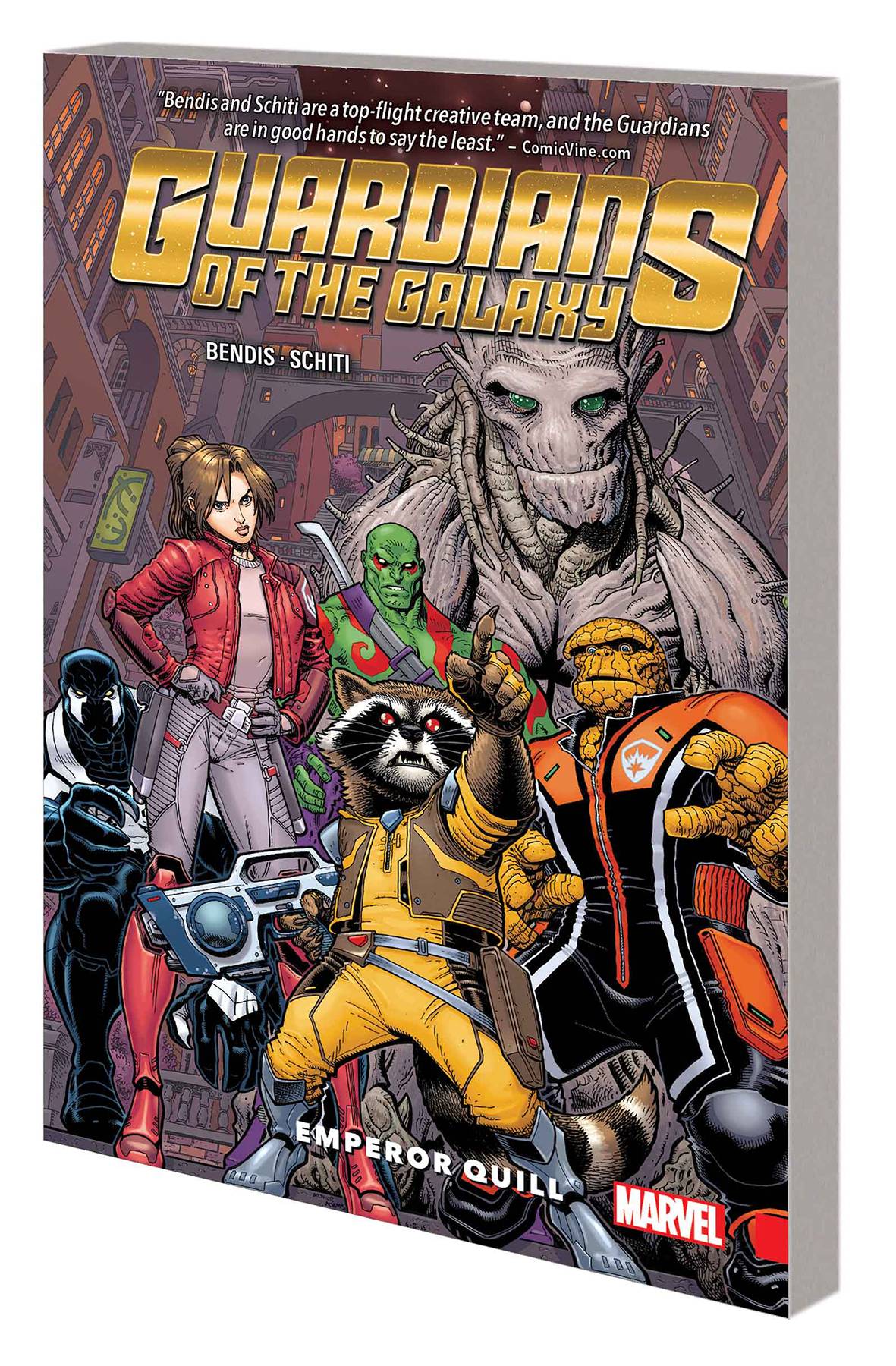 #
SEP161124
(W) Brian Michael Bendis (A) Valerio Schiti (CA) Arthur Adams
Peter Quill has abandoned the Guardians and his role as Star-Lord to be emperor of the Spartax, and Rocket has grabbed the reins as team leader - backed by Drax, Venom, Groot, Kitty Pryde and brand-new Guardian Ben Grimm, the ever-lovin' blue-eyed Thing! But what could put the team in the crosshairs of Emperor Quill and his Imperial Guard? Another old face is back, too, but is it a welcome return for Gamora, or have things changed in the eight months she's been away? When friends like these cause complications for Rocket and the gang, who needs enemies? They don't, but they seem to attract them anyway. And the newest threat to the galaxy is a doozy. His name is Yotat the Destroyer - and he will have blood. Collecting GUARDIANS OF THE GALAXY (2015) #1-5.
Rated T
In Shops: Dec 14, 2016
SRP: $19.99
View All Items In This Series
ORDER WISH LIST