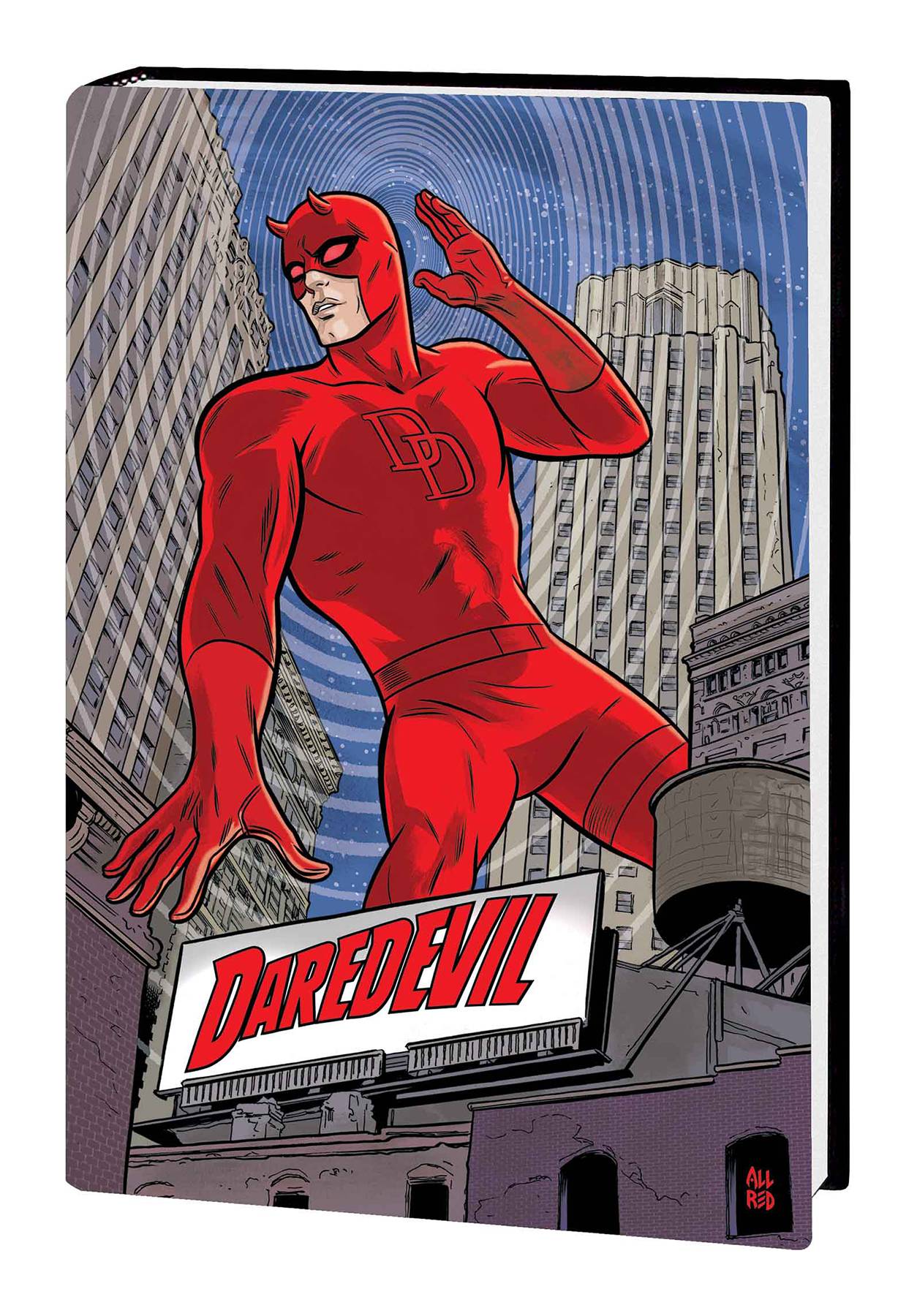 #
SEP161115
(W) Mark Waid, Greg Rucka (A) Various (CA) Mike Allred
The devil is reborn - and his adventures will leave you gasping for air! The Man Without Fear visits his unique blend of blind justice on Klaw, the Megacrime cartel and the Mole Man, while the hotly contested battle to secure the Omega Drive will require Daredevil to team up with Spider-Man and not one but two Punishers! But as size-changing scientist Hank Pym enters Matt Murdock's head to destroy nanobots implanted by Doctor Doom, will saving Daredevil's brain cost Matt his mind? Ghosts from the past will haunt DD, while Matt faces a life-or-death drama of his own. With new enemies, new friends and a "grinnin' in the face of hell" attitude, Mark Waid delivers an Eisner Award-winning run like no other! Collecting DAREDEVIL (2011) #1-27 and #10.1, AMAZING SPIDER-MAN (1999) #677, AVENGING SPIDER-MAN #6 and PUNISHER (2011) #10.
Rated T+
In Shops: Mar 01, 2017
SRP: $100.00
View All Items In This Series
ORDER WISH LIST