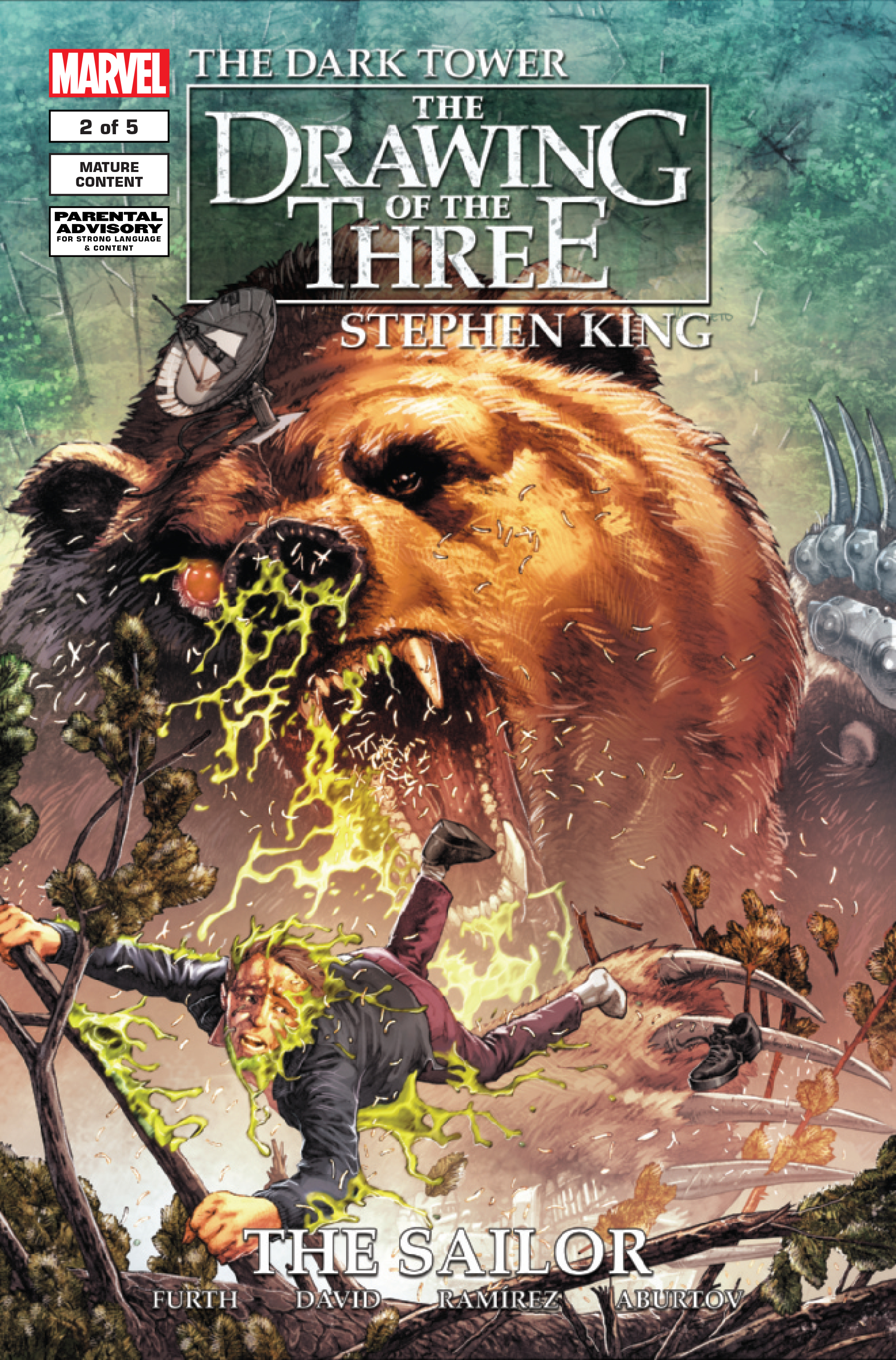 SEP161091
(W) Robin Furth, Peter David (A) Juanan Ramirez (CA) Jay Anacleto
REALITIES CONVERGE AS STEPHEN KING'S FANTASY EPIC TAKES A NEW TURN!
•  Jake's reality-shattering visions are occurring with maddening frequency...and what they foretell will have dire consequences for Roland and the ka-tet!
•  And then there are the strange voices reverberating through Jake's head. Can it be that this star-crossed youngster is actually...dead?!
•  Meanwhile, Eddie, Roland and Susannah contend with an attack by Shardik - a 70-foot-tall bear whose mysterious origin runs to the heart of Mid-World itself!
Mature
In Shops: Nov 09, 2016
SRP: $3.99
View All Items In This Series