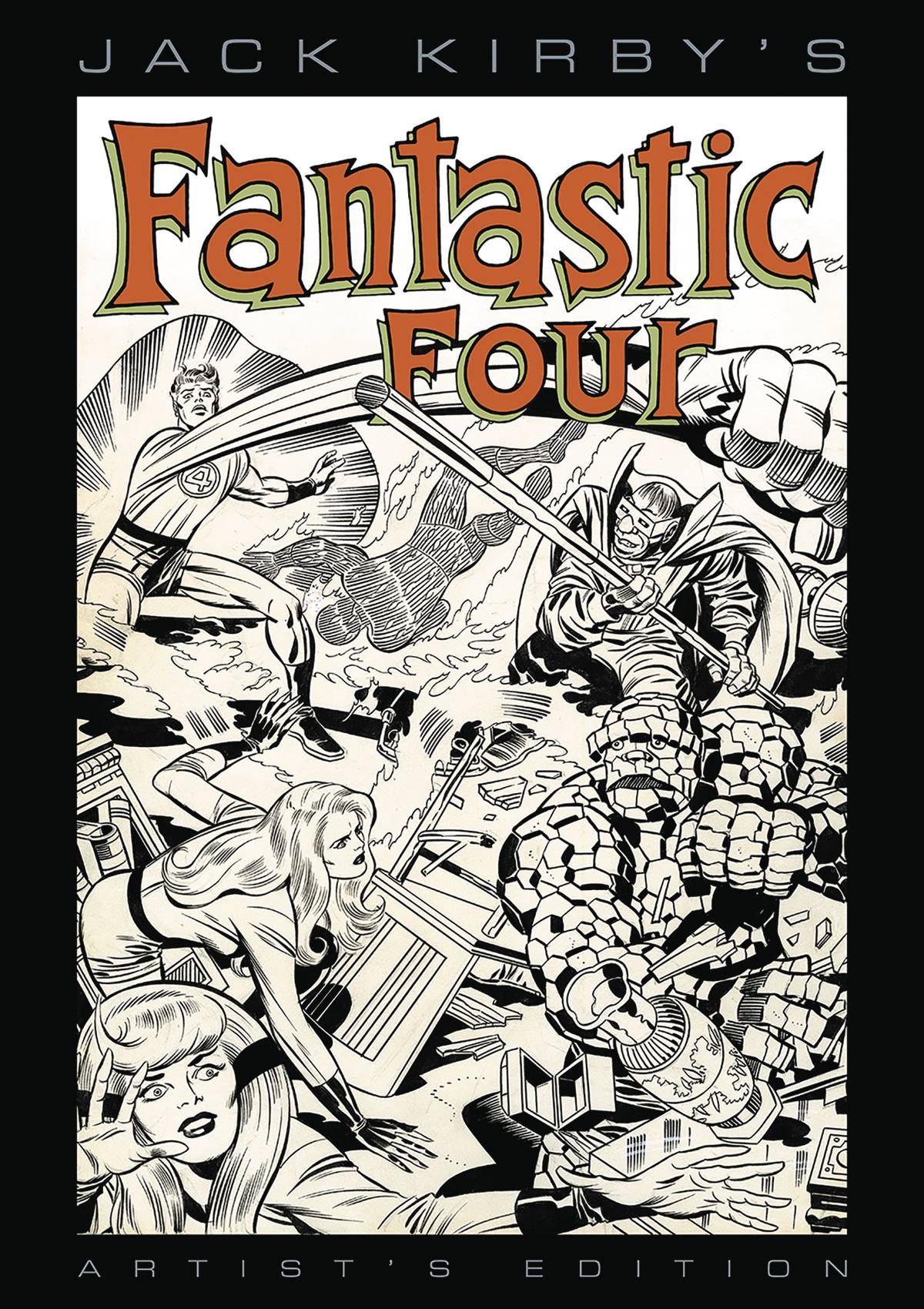 #
SEP160482
(W) Stan Lee (A/CA) Jack Kirby
Jack Kirby's Fantastic Four. World-shattering events, cosmic calamities, and Kirby Krackle-does it get any better?
Jack Kirby is the most important creator in the history of comics, and the Fantastic Four is one of his greatest achievements. First published in 1961, the adventures of Mr. Fantastic, the Human Torch, the Invisible Girl and the ever-loving Thing introduced a bold new era in comics. Kirby's dynamic storytelling, coupled with Stan Lee's poignant writing style, were unlike anything comic book readers had seen before-it literally ushered in THE MARVEL AGE OF COMICS!
Now, with the cooperation of the Jack Kirby Estate and under license from Marvel Comics, IDW is proud to present the first Jack Kirby Fantastic Four Artist's Edition! Including Fantastic Four Annual #6, the 48-page groundbreaking story that featured the birth of Franklin Richards! Also presenting issues #82 and #83, guest starring the Inhumans-plus more stories and and a beautiful gallery section of some of Kirby's most incredible pages, all scanned from the original art!
In Shops: Jan 25, 2017
SRP: $125.00
ORDER WISH LIST