TRANSFORMERS TILL ALL ARE ONE #5 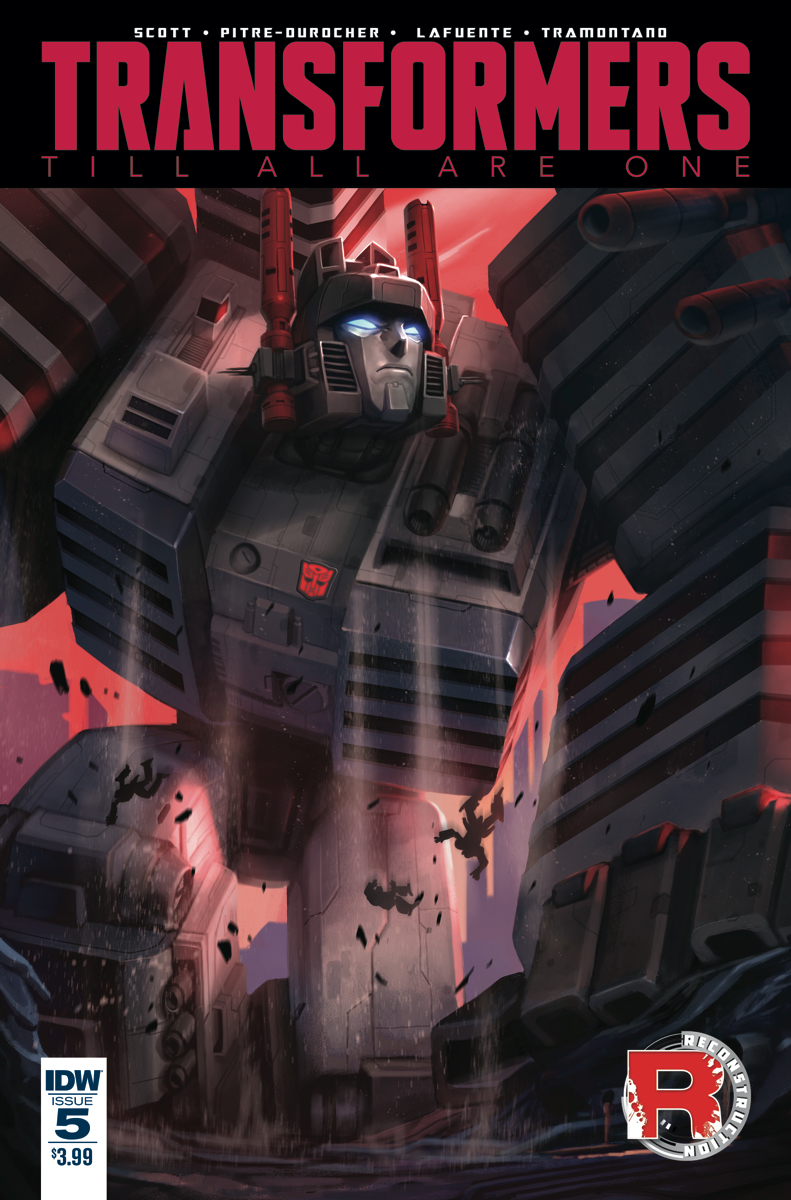 SEP160435
(W) Mairghread Scott (A/CA) Sara Pitre-Durocher
REVOLUTION is over but the danger isn't over! A wave of undead TITANS threatens CYBERTRON! STARSCREAM will need more than secret police to stop the oncoming horde, but our Fearless Leader finds himself short on friends and firepower. Who can be called upon-and why aren't they stepping up to the plate?
•   TITANS RETURNS returns-with a vengeance!
•   As OPTIMUS rules on Earth, so STARSCREAM tries to rule on CYBERTRON!
•   WINDBLADE returns to CYBERTRON... just in time to watch the world die!
In Shops: Nov 23, 2016
SRP: $3.99
View All Items In This Series