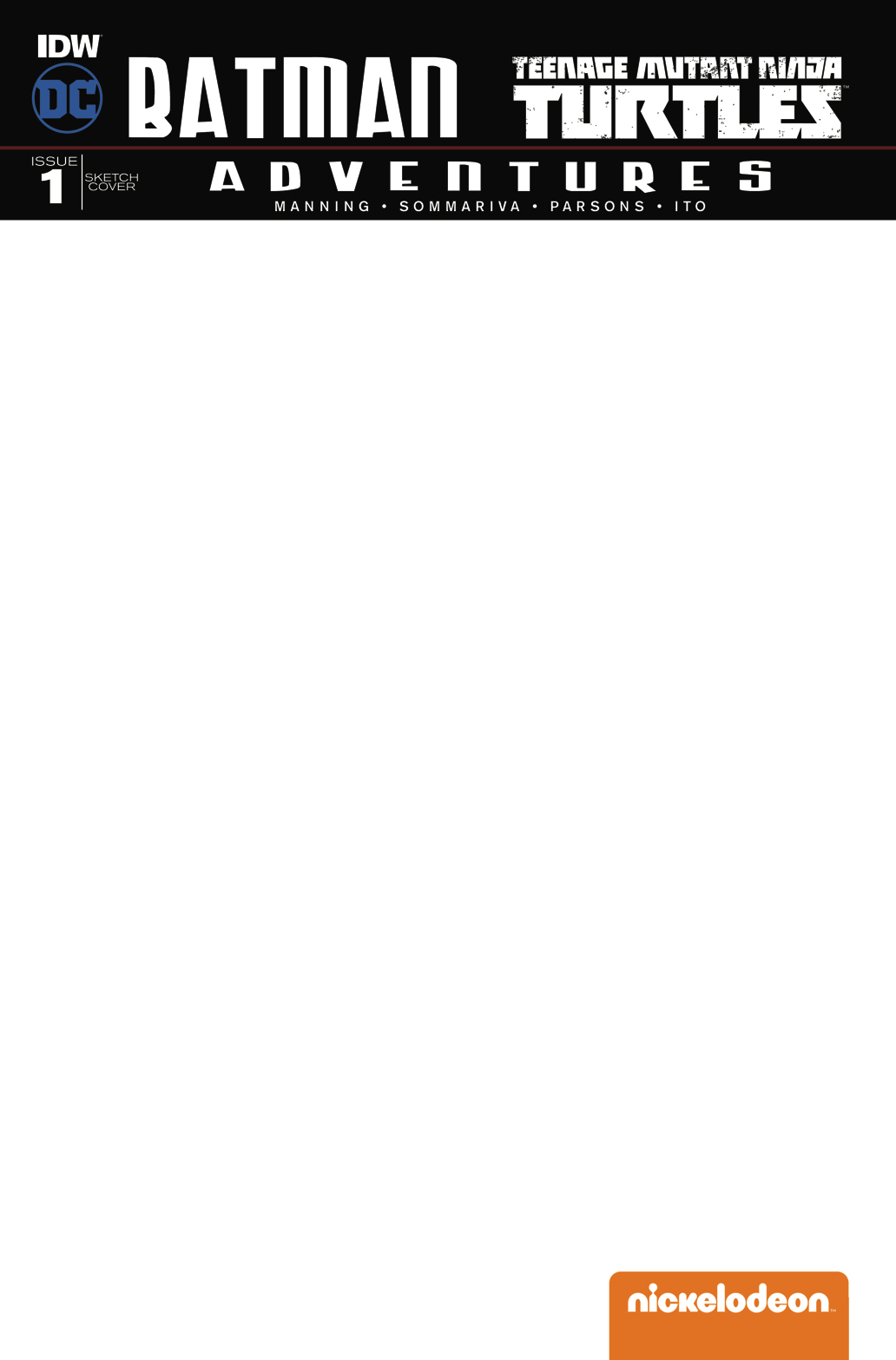 SEP160392
(W) Matthew K. Manning (A) Jon Sommariva (CA) Blank Sketch Cover
When villains start to mysteriously escape Arkham, Batman seeks to track them down. What happens when he discovers that they have left Gotham completely... and entered the TMNT's New York City?
•   The animated worlds of the current TMNT Nickelodeon cartoon and Batman: The Animated Series collide in this outstanding mini-series!
•   The greatest all-ages crossover of all-time!
•   Featuring villains and allies from both universes!
•   The influential Batman: The Animated Series returns to comics!
In Shops: Nov 09, 2016
SRP: $3.99
View All Items In This Series