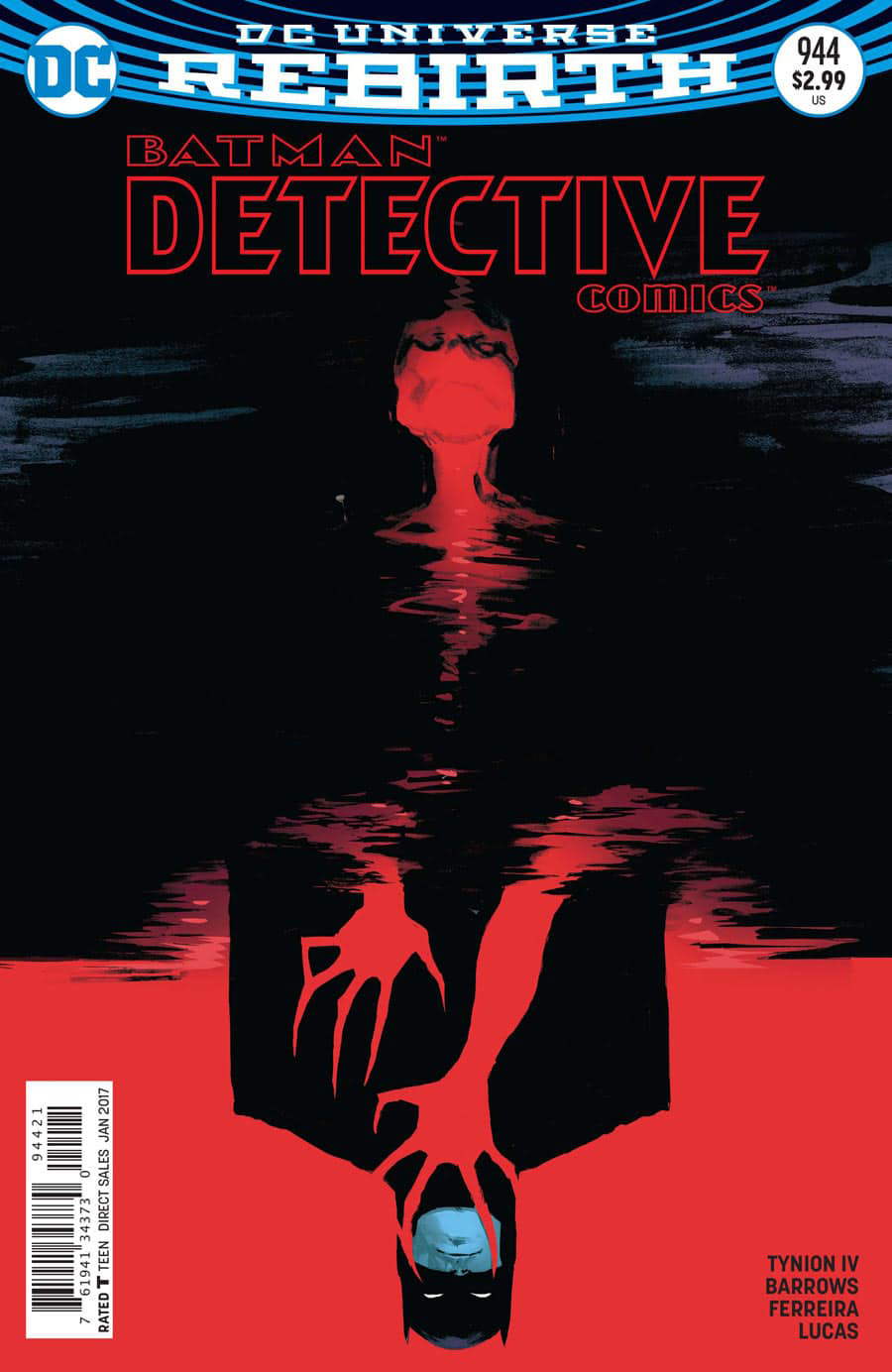 SEP160243
(W) James TynionIV (A) Eddy Barrows, Eber Ferreira (CA) Rafael Albuquerque
"The Victim Syndicate" part two! The mysterious First Victim has launched an assault on Batman and his team, forcing them to fight an enemy they know nothing about, who seems to have the support of an entire network of strange new foes!
In Shops: Nov 09, 2016
SRP: $2.99
View All Items In This Series