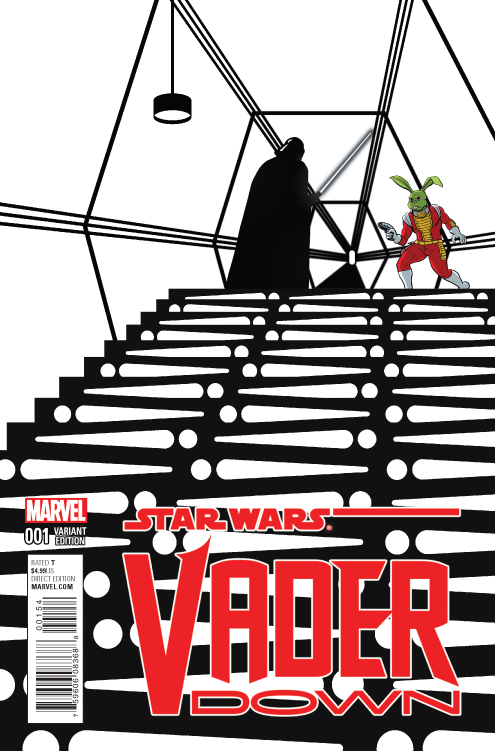 SEP158527
(W) Jason Aaron (A) Mike Deodato (CA) Mark Brooks
From Marvel Comics. When Darth Vader accidentally finds himself facing off against the Rebel Fleet on his own, the rebels will learn the true strength of the Dark Side of the Force! Once Vader crashes on a nearby planet, the Rebellion is willing to risk everything for this once-in-a-lifetime chance to take out one of their biggest enemies! Luke! Vader! Leia! Aphra! Han! Chewie! And all manner of Droid, good and evil! The cover to this one-shot features a Chip Zdarsky (Howard the Duck) image of rabbit bounty hunter Jaxxon. Rated T. Scheduled to ship 11/18/15. (161)