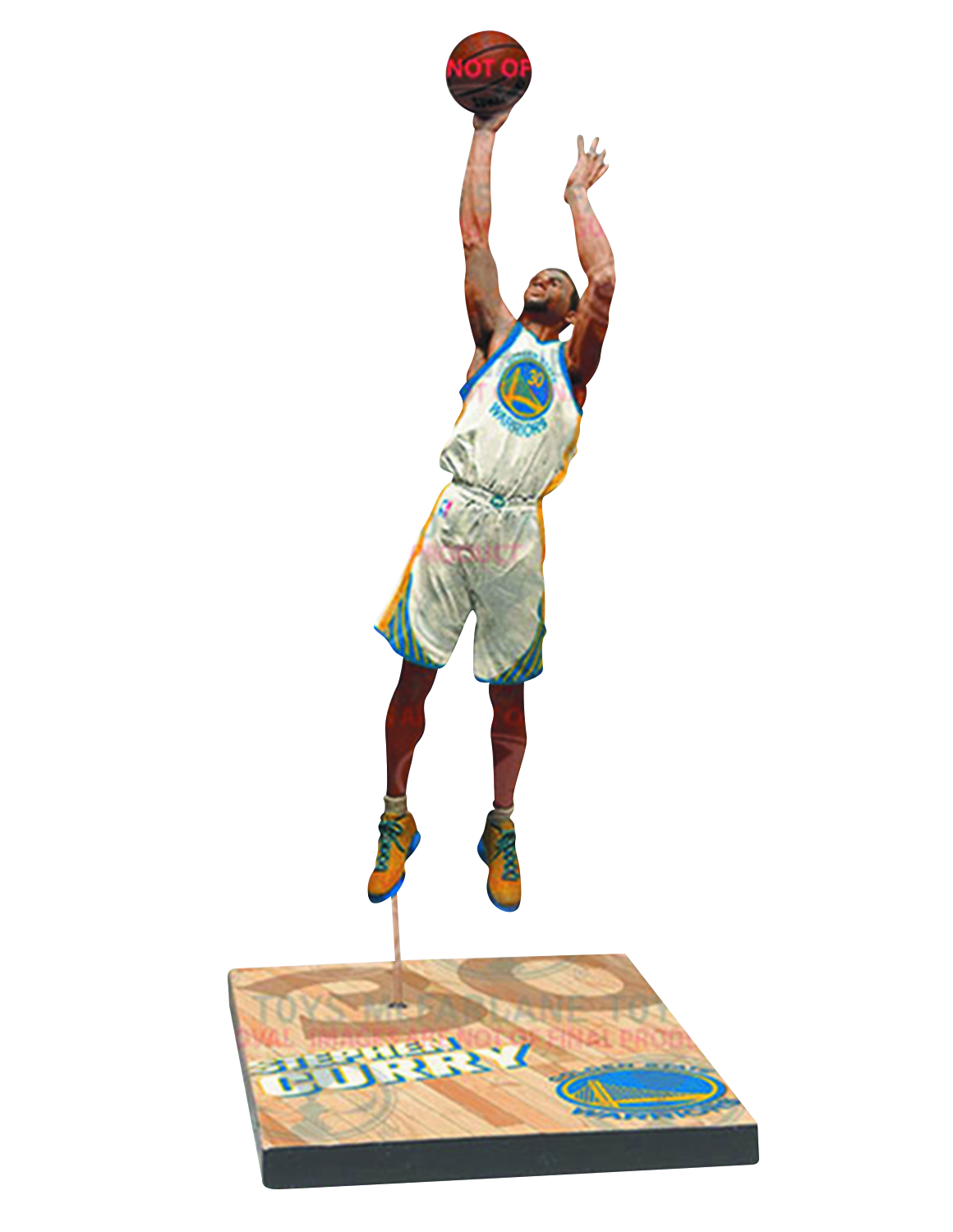 SEP158038
From McFarlane Toys. With the 2015-2016 NBA season just around the corner, McFarlane Toys is ready to call their next lineup to the floor. NBA Series 28 showcases a fresh-faced All-Star roster. Golden State Warriors sharpshooter Stephen Curry returns to the lineup with an all new pose. Considered one of the greatest shooters in NBA history, Curry led the Warriors to their first NBA Championship since 1975 and was named 2015 NBA Most Valuable Player. Curry is immortalized taking yet another impossible shot in his white home uniform.