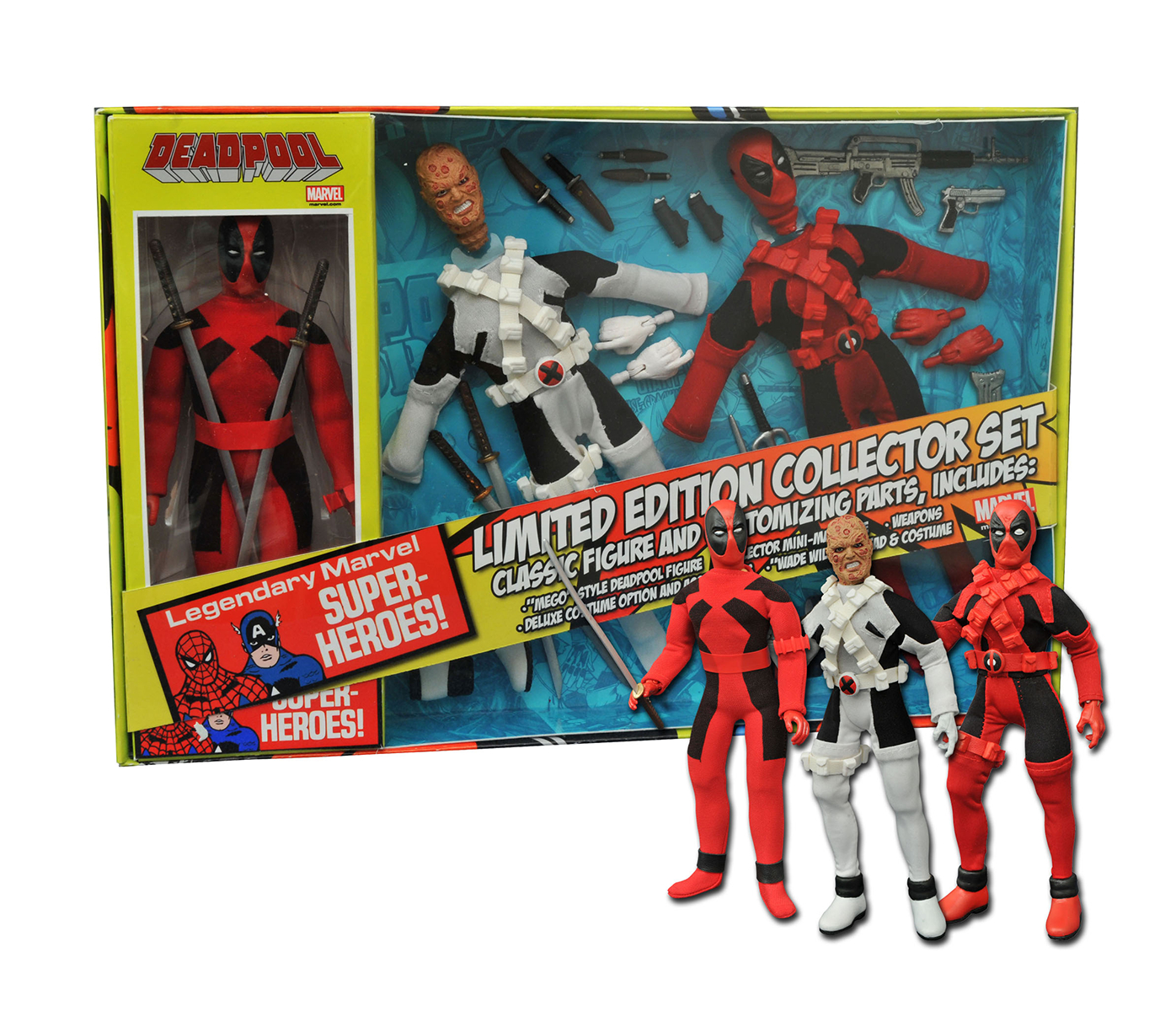 SEP152159
A Diamond Select Toys release! Remember that time in the 1970s when Deadpool got his own action figure? Neither does Deadpool! Realizing that a great injustice had been done, DST and EMCE Toys have teamed up to give the Merc with a Mouth the Mego-style 8-inch action figure he deserves. Arriving inside a retro-style window box, the figure is packaged in a tray alongside two bonus outfits - a more detailed, modernized Deadpool head and suit, and a white X-Force outfit with an unmasked head! Plus, more swords, guns and weapons than you can shake a taco at! Then take off all his clothes and have him dress him up in the costumes of your other Marvel Retro figures! Limited to only 3,000 sets.
In Shops: Mar 30, 2016
SRP: $80.00