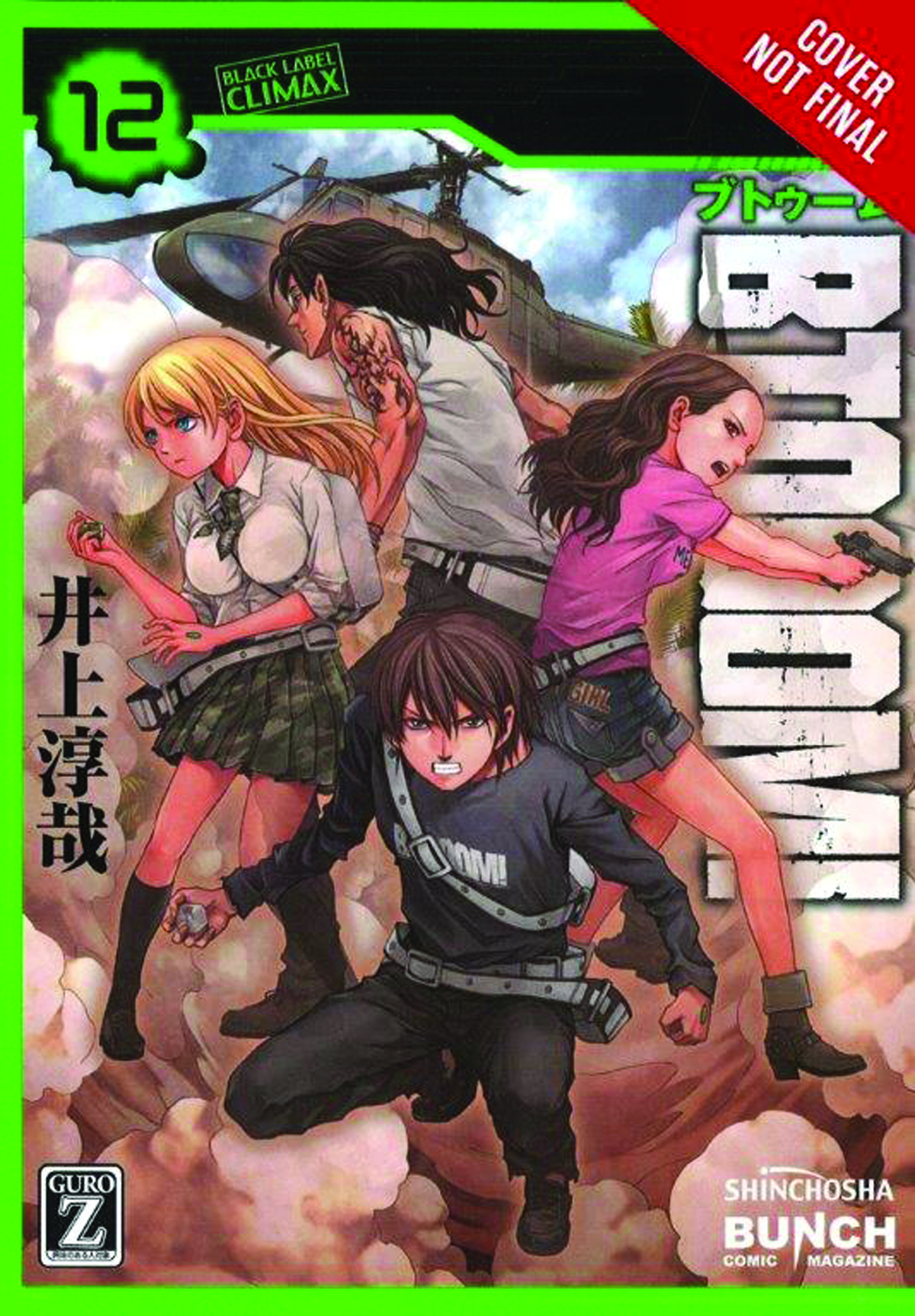 SEP151741
(W) Junya Inoue (A/CA) Junya Inoue
On an island where people are forced to fight each other to the death using explosives, Ryouta places his bets on escape via a hijacked helicopter. But what happens when his plan goes abruptly awry? As his allies drop left and right in a hail of bullets and as an unexpected ally lends him a hand, Ryouta becomes mired in the fiercest battle he has yet experienced on the island. When the veil concealing the true intent behind "BTOOOM!" is ripped away, will the precarious war Ryouta has been waging on the live-action death match's sponsors finally come to a head?
In Shops: Dec 09, 2015
SRP: $14.00
View All Items In This Series
ORDER SUBSCRIBE WISH LIST