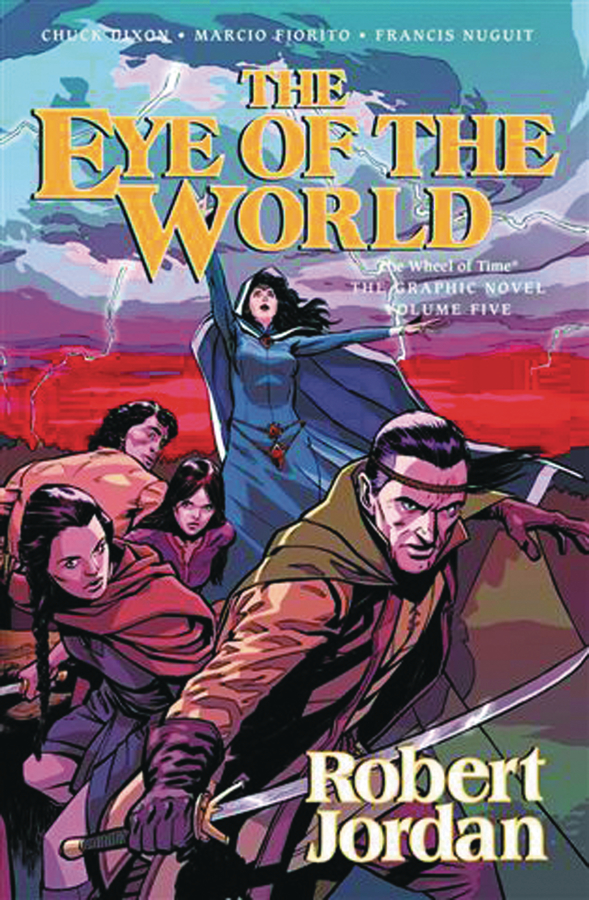 SEP151633
(W) Chuck Dixon, Robert Jordan (A/CA) Marcio Fiorito, Francis Nuguit
Separated by attacks by their enemies, Rand al'Thor and his companions make their way to Caemlyn, where they hope to be reunited. But their roads have grown increasingly dangerous. Lan, Moiraine, and Nynaeve rescue Perrin and Egwene from the Whitecloaks. Unfortunately, five traveling together attract more attention than two or three traveling on their own. Rand and Mat have encountered more than one Darkfriend. They're out of money and in too much danger to stop and earn more. Luckily, they make some new friends, but unluckily, Rand tumbles into a royal garden, where he is seized by the palace guards and hauled before the Queen.
In Shops: Nov 25, 2015
SRP: $19.99
View All Items In This Series
ORDER SUBSCRIBE WISH LIST