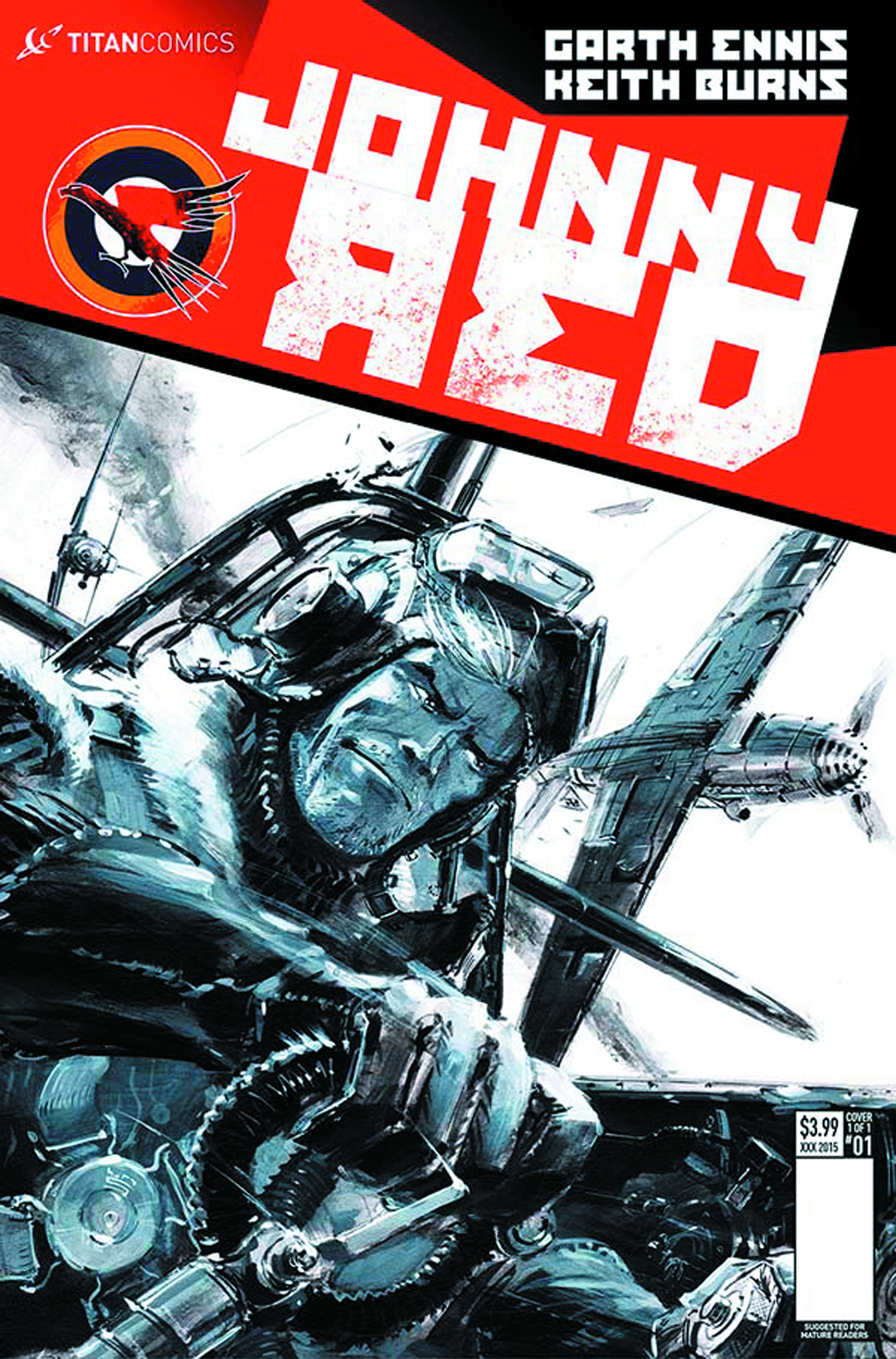 SEP151621
(W) Garth Ennis (A/CA) Keith Page
Legendary British fighter ace, Johnny "Red" Redburn, returns once more as the commander of the Falcons, a Russian fighter squadron battling the Nazis in the skies over Stalingrad. But dogfighting Messerschmitts is about to become the least of his troubles when the NVKD, the notorious Soviet secret police, come calling!
In Shops: Nov 04, 2015
SRP: $3.99
View All Items In This Series