WILL EISNER SPIRIT #5 CVR A POWELL 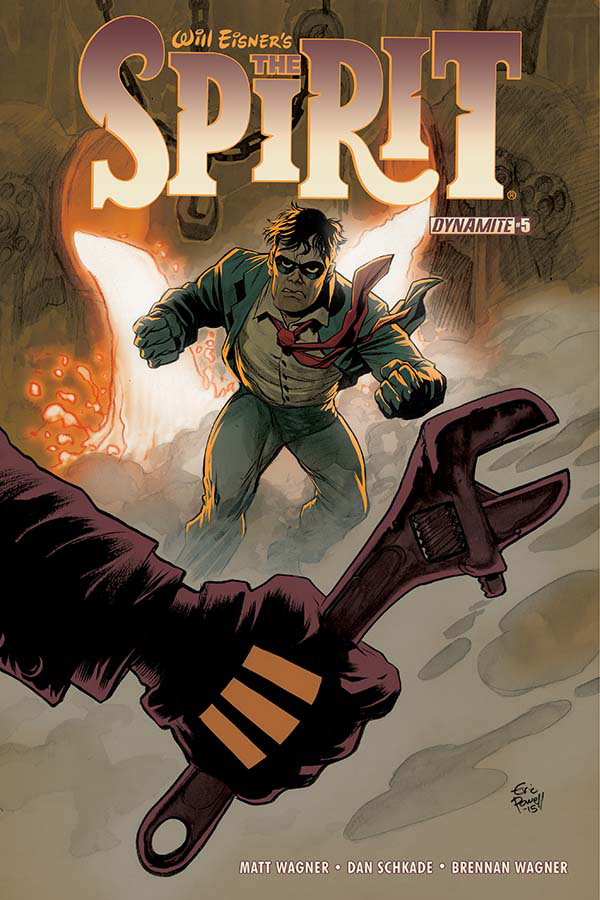 SEP151262
(W) Matt Wagner (A) Dan Schkade (CA) Eric Powell
Our intrepid detectives finally admit that only one  member of The Spirit's infamous Rogues Gallery could have had any chance of defeating their masked mentor. Their investigation ultimately brings them head-to-head with our hero's deadliest and most relentless foe, The Octopus-a confrontation that could very well cost them their lives! The reviews are in and the buzz is through the roof about this phenomenal new take on one of comicdom's most revered and iconic characters is brought to you by Eisner Award-winning writer Matt Wagner and the visual team of artist Dan Schkade and colorist Brennan Wagner. Join this continuing 75th anniversary celebration of comics master Will Eisner's most famous creation!
In Shops: Nov 25, 2015
SRP: $3.99
View All Items In This Series