DAWN OF THE PLANET OF THE APES TP VOL 01 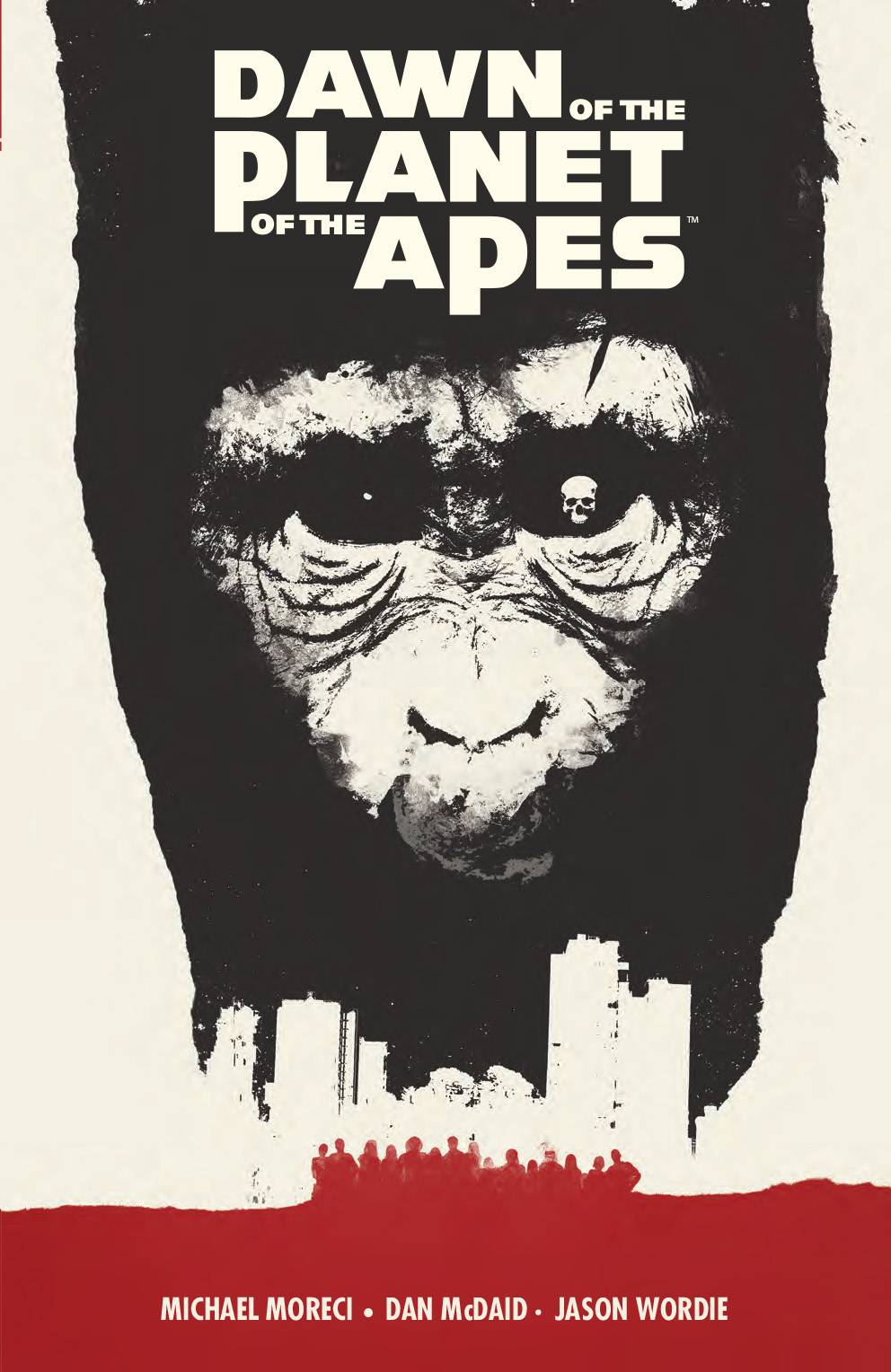 #
SEP151114
(W) Michael Moreci (A) Dan McDaid (CA) Jay Shaw
What's to Love: Officially set in continuity of the new films, writer Michael Moreci (Burning Fields) and artist Dan McDaid (Mind the Gap) effectively bridge together events between Dawn of the Planet of the Apes and Rise of the Planet of the Apes, offering additional details and insight into the mindsets of ape Caesar and human Malcolm.

What It Is: Two years following the events of Rise of the Planet of the Apes, humanity has fallen, giving way to the dawn of Caesar's civilization. While the apes of the world find themselves unable to advance as a species, Caesar and Koba work tirelessly to find a way to unify them to join their cause. On the other side of the country, Malcolm must venture into the decaying Americas with his family to find a cure for the plague slowly killing his wife while world powers shift and civilizations simultaneously collapse and rise. Collects the entire six-issue miniseries.
In Shops: Nov 25, 2015
SRP: $19.99