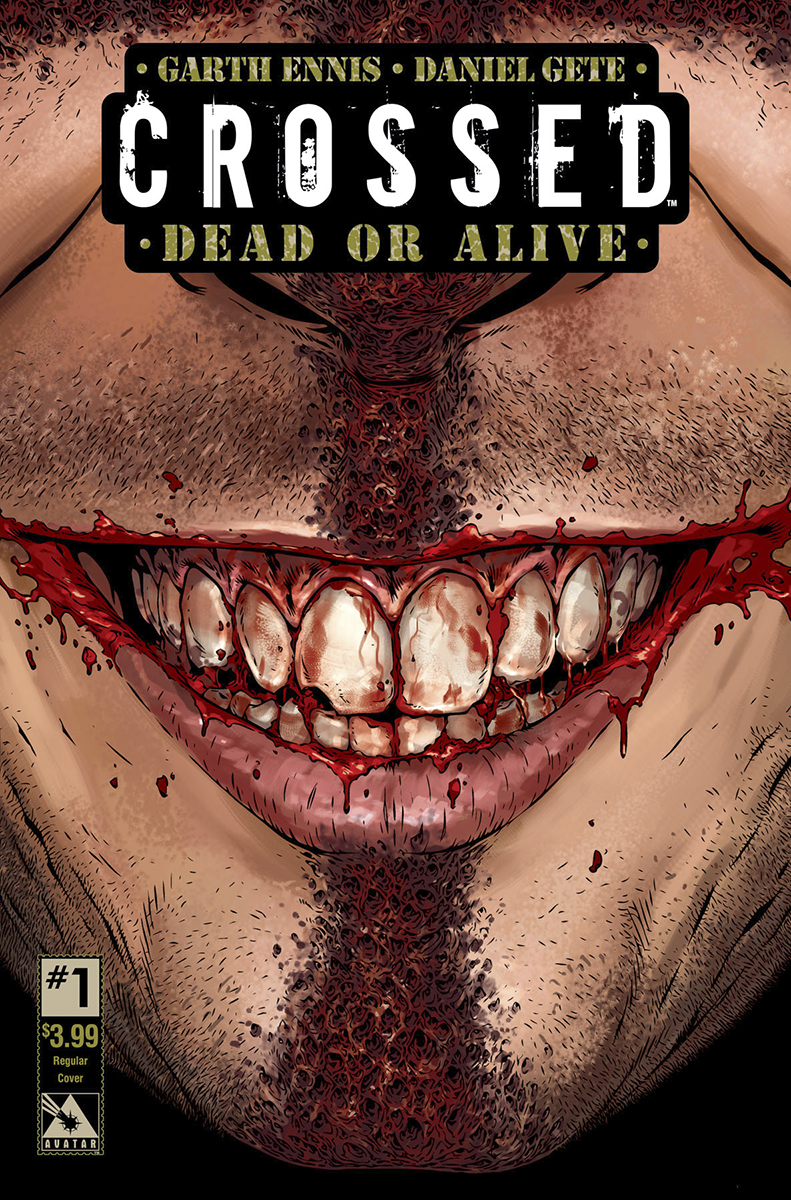 SEP151016
(W) Garth Ennis (A) Daniel Gete (CA) Matt Martin
Garth Ennis returns to Crossed with a special series that is designed to help bring this startling and disturbed world to film.  Proceeds from this project will be used to bring Ennis' uncensored vision for a live action Crossed series written and directed by Ennis!  Join us on a dire trek through the wilderness as one man remembers the fear and misery that spun out of C-Day.  As his world unraveled that fateful day he desperately joined a group to survive in a world gone mad.  Now his every step brings him closer to madness as the stress of Hell-on-Earth grinds at the fabric of the bands of misfits.  Available in Previews for the first time, all of these editions are first printings, but strictly limited! Available with Regular Cover by Matt Martin (limited to 3000 copies), Art Deco by Michael DiPascale (limited to 750 copies),  Horror by Michael DiPascale (limited to 750 copies),  Missing by Juan Jose Ryp (limited to 500 copies), Turbulence by Jacen Burrows (limited to 500 copies), and a Red Crossed Incentive by Burrows.  Topped off with an amazing VIP Triple Signed Edition with a cover by Burrows and signed by writer Garth Ennis, artist Jacen Burrows, and editor William Christensen (limited to 500 copies).  Allocations may occur on any of these editions.
In Shops: Oct 21, 2015
SRP: $3.99
View All Items In This Series
ORDER WISH LIST