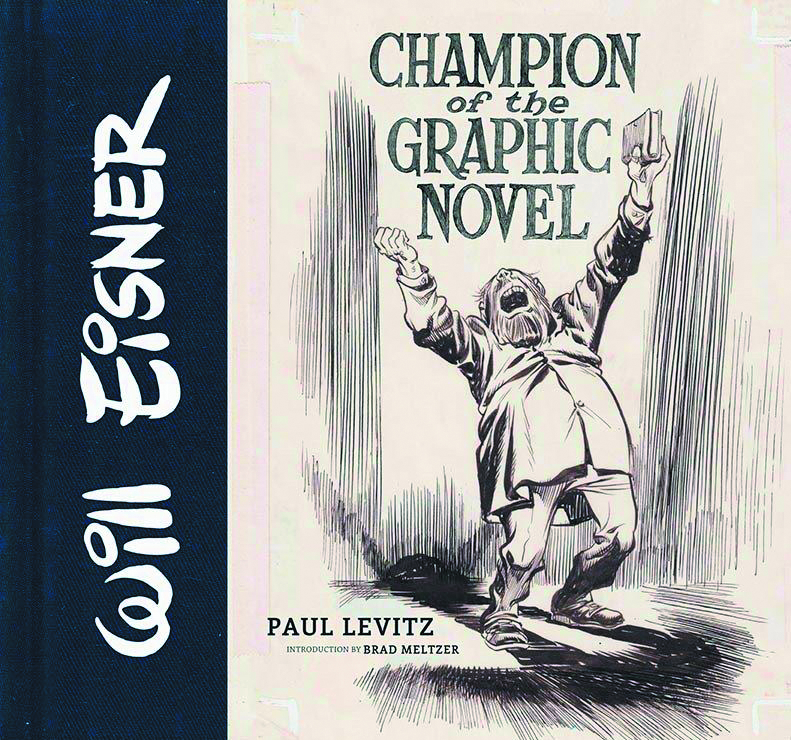 SEP150893
(W) Paul Levitz, Brad Meltzer, Jules Feiffer, Art Spiegelman, Scott McCloud, Denis Kitchen, Neil Gaiman
Will Eisner (1917-2005) is universally considered the master of comics storytelling, and is best known for his iconic comic strip The Spirit and for his seminal work A Contract With God. Will Eisner: Champion of the Graphic Novel by noted historian Paul Levitz celebrates Eisner by including not only unpublished and rare art, photographs, letters, and sketches from the archives, but original interviews with creators such as Jules Feiffer, Art Spiegelman, Scott McCloud, Jeff Smith, and Neil Gaiman, all of whom knew and were inspired by Eisner.
In Shops: Nov 18, 2015
SRP: $40.00