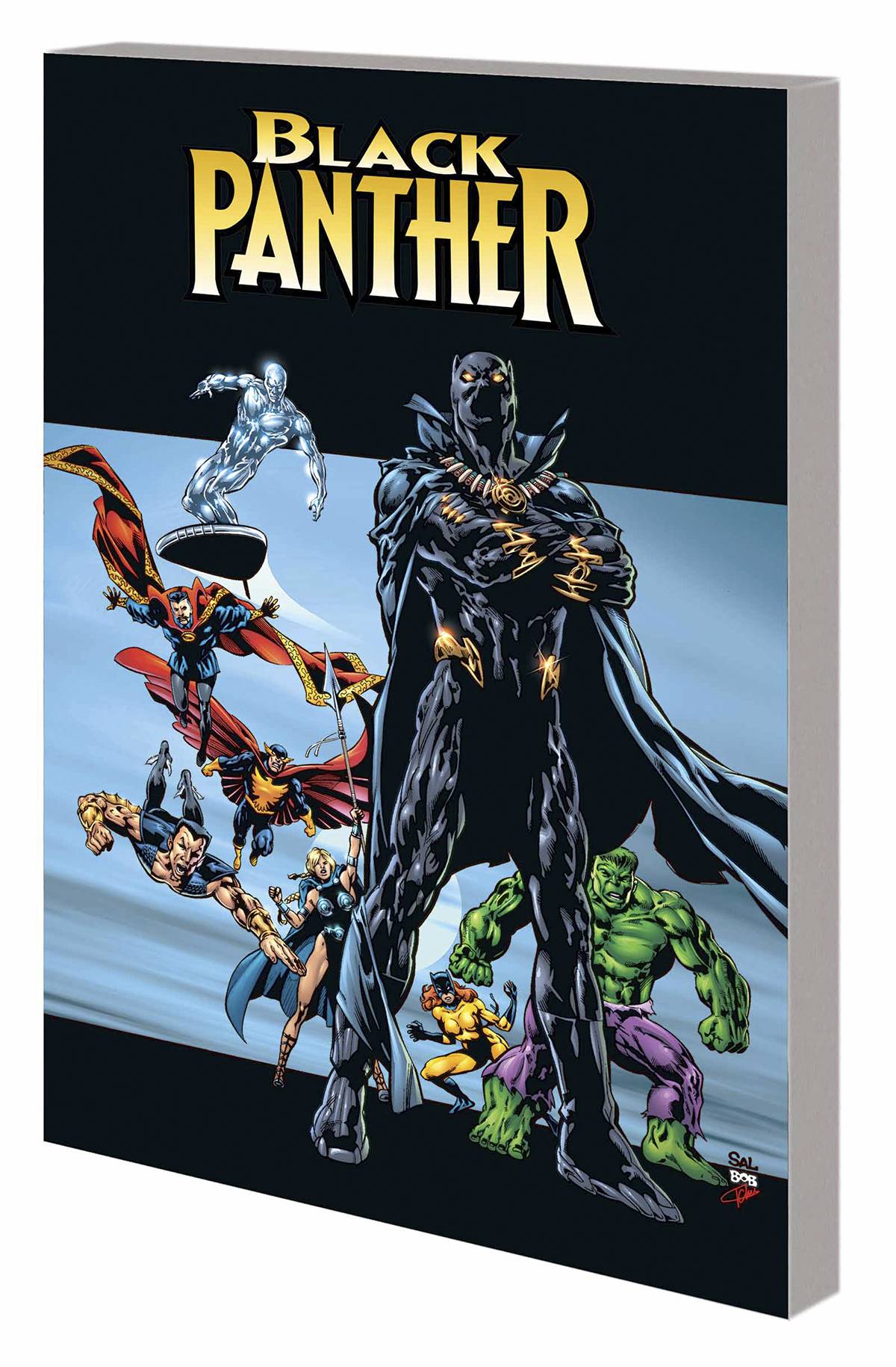 #
SEP150877
(W) Christopher Priest (A) Various (CA) Sal Velluto
When T'Challa falls to the one foe he's never beaten, Killmonger earns the right to become the new Black Panther! Now, only Everett K. Ross can save T'Challa's life - okay, Ross plus Moon Knight, Brother Voodoo and the Panther God! Still suffering, the deposed Wakandan leader finds himself caught in a cat trap with the Avengers and...Deadpool?! Storm of the X-Men offers comfort as Wakanda finds itself on the verge of war with Lemuria and Atlantis - and Klaw, Malice and Man-Ape threaten to destroy the African Avenger once and for all! Plus: Ross spends a day in Mephisto's metaphorical shoes, and Captain America recounts his never-before-revealed wartime meeting with the former Black Panther, T'Chaka! Super heroics meet geopolitics as only Priest can mix them! Collecting BLACK PANTHER (1998) #18-35 and DEADPOOL (1997) #44.
Rated T+
In Shops: Dec 09, 2015
SRP: $34.99
View All Items In This Series
ORDER WISH LIST