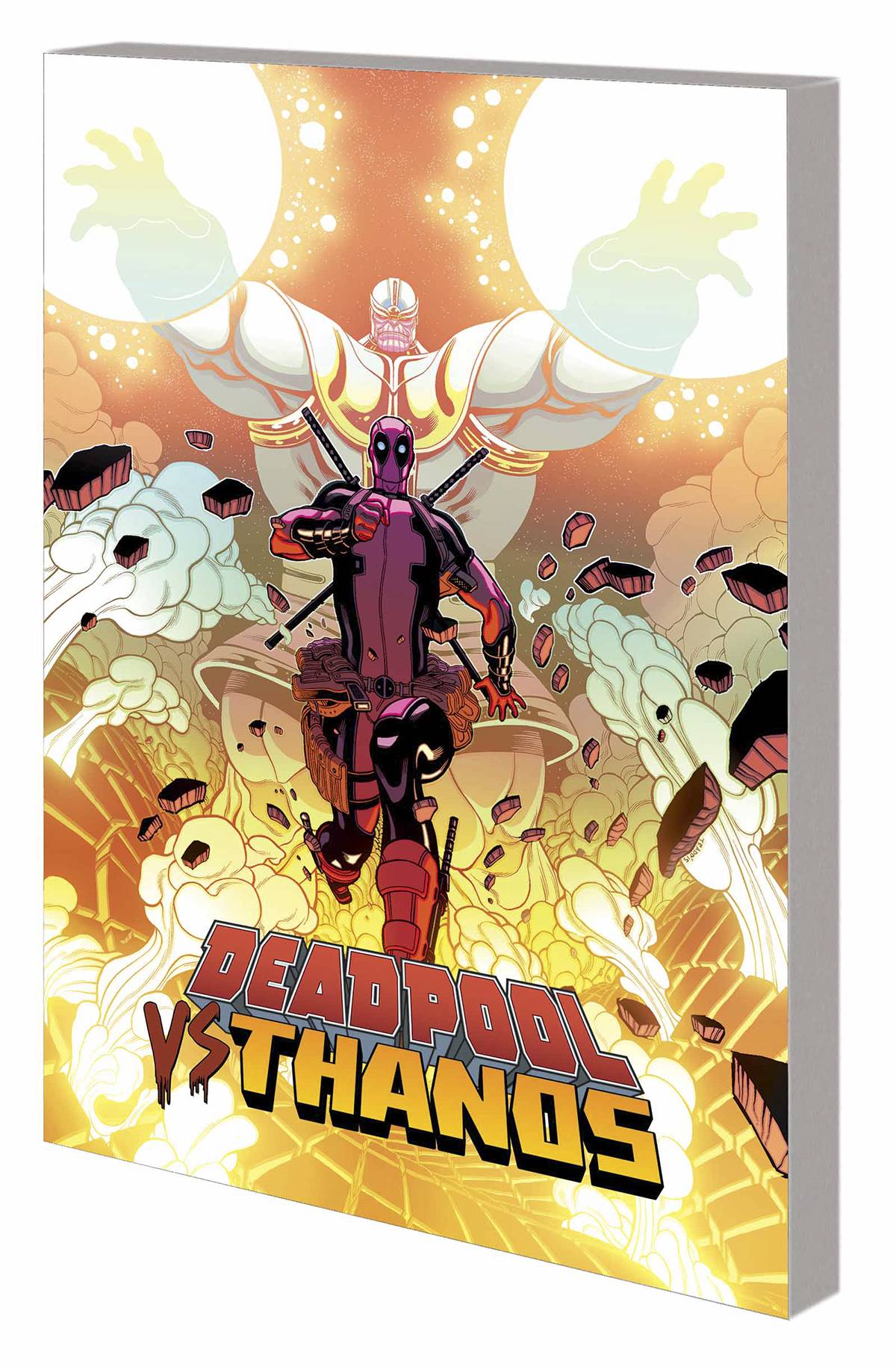 #
SEP150876
(W) Tim Seeley (A) Elmo Bondoc (CA) Tradd Moore
It's the confrontation that every single Marvel comic has been building to: the Merc With a Mouth versus the Jerk With That Jaw! Deadpool goes to Infinity and beyond when he throws down the gauntlet against Thanos of Titan! These calamitous combatants are two sides of an unholy love triangle, with Death their fickle mistress. But when everything in the universe stops dying, could the bombshell with the killer cheekbones have her bony hands full with someone else?!? Who ever heard of a love square? How would that even work? The Mad Titan and the Crazy Cretin may just have to team up to find out what gives as they head "From Her to Eternity!" Guest-starring Marvel's most popular and beloved character, the Black Talon - plus some nobodies called the Guardians of the Galaxy. Collecting DEADPOOL VS. THANOS #1-4.
Parental Advisory
In Shops: Nov 25, 2015
SRP: $16.99
ORDER WISH LIST