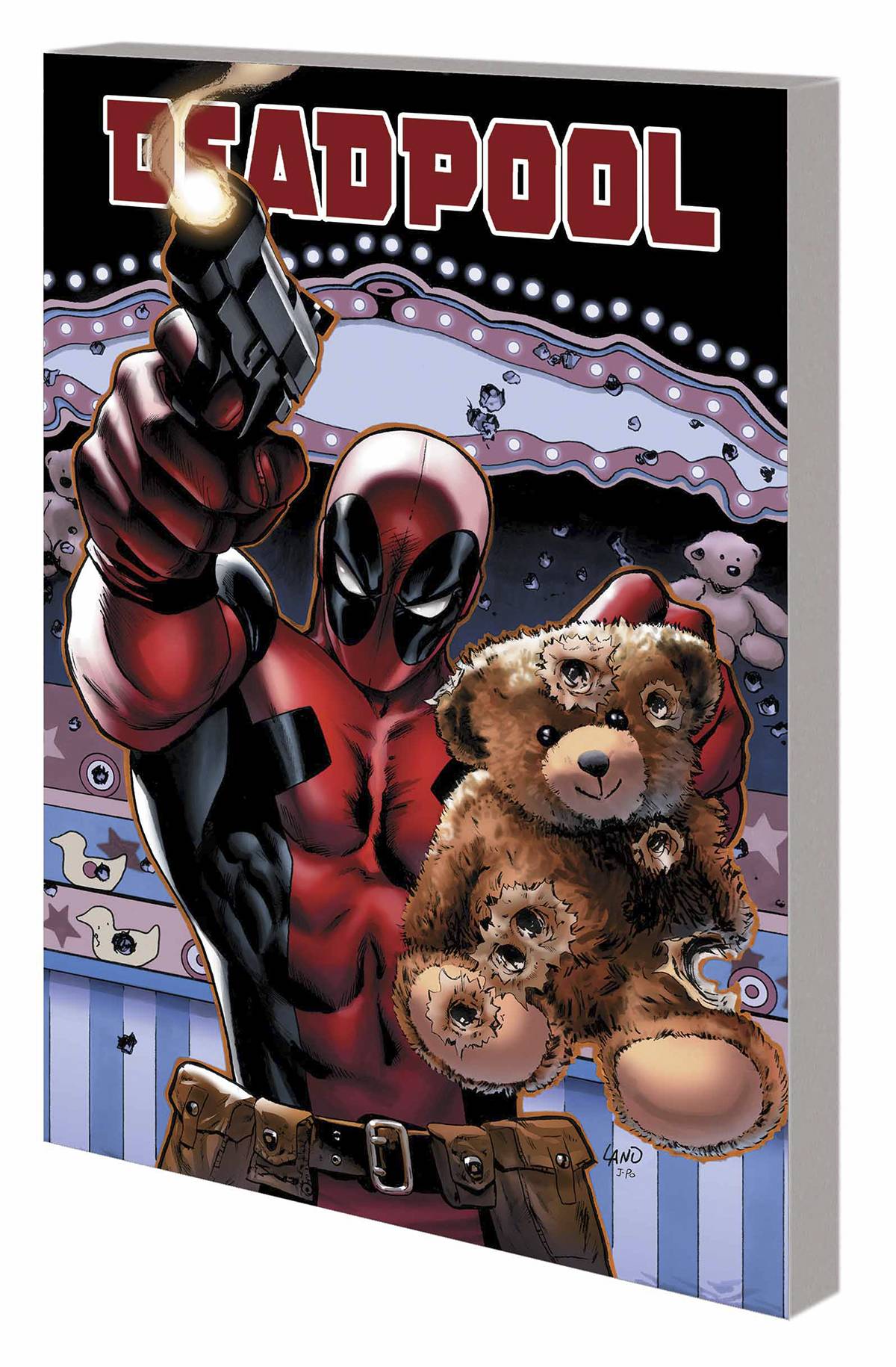 #
SEP150875
(W) Various (A) Various (CA) Greg Land
Deadpool continues his quest for truth, justice and cold hard cash! Eleven desperate men compete in a deadly, illegal reality game show that will leave one of them rich and the rest dead. One of the competitors is Wade Wilson, but what is his hidden agenda (besides the cash)? Then, framed for killing innocents, Deadpool winds up in the Punisher's sights! Luckily for Wade, Daredevil and Spider-Man come to his defense. But can the red-clad trio unravel the web of lies and clear Deadpool's name? Plus: Some of comics' top creators take aim at the Merc With a Mouth as Deadpool takes on aliens, mimes, cannibals, hit men, Hollywood, CSI investigators...and even Santa Claus! Collecting DEADPOOL: GAMES OF DEATH, DEADPOOL: SUICIDE KINGS #1-5, DEADPOOL #900 and #1000, X-MEN ORIGINS: DEADPOOL, MARVEL DIGITAL HOLIDAY SPECIAL #2 and material from MARVEL SPOTLIGHT: DEADPOOL.
Parental Advisory
In Shops: Nov 25, 2015
SRP: $34.99
View All Items In This Series
ORDER SUBSCRIBE WISH LIST