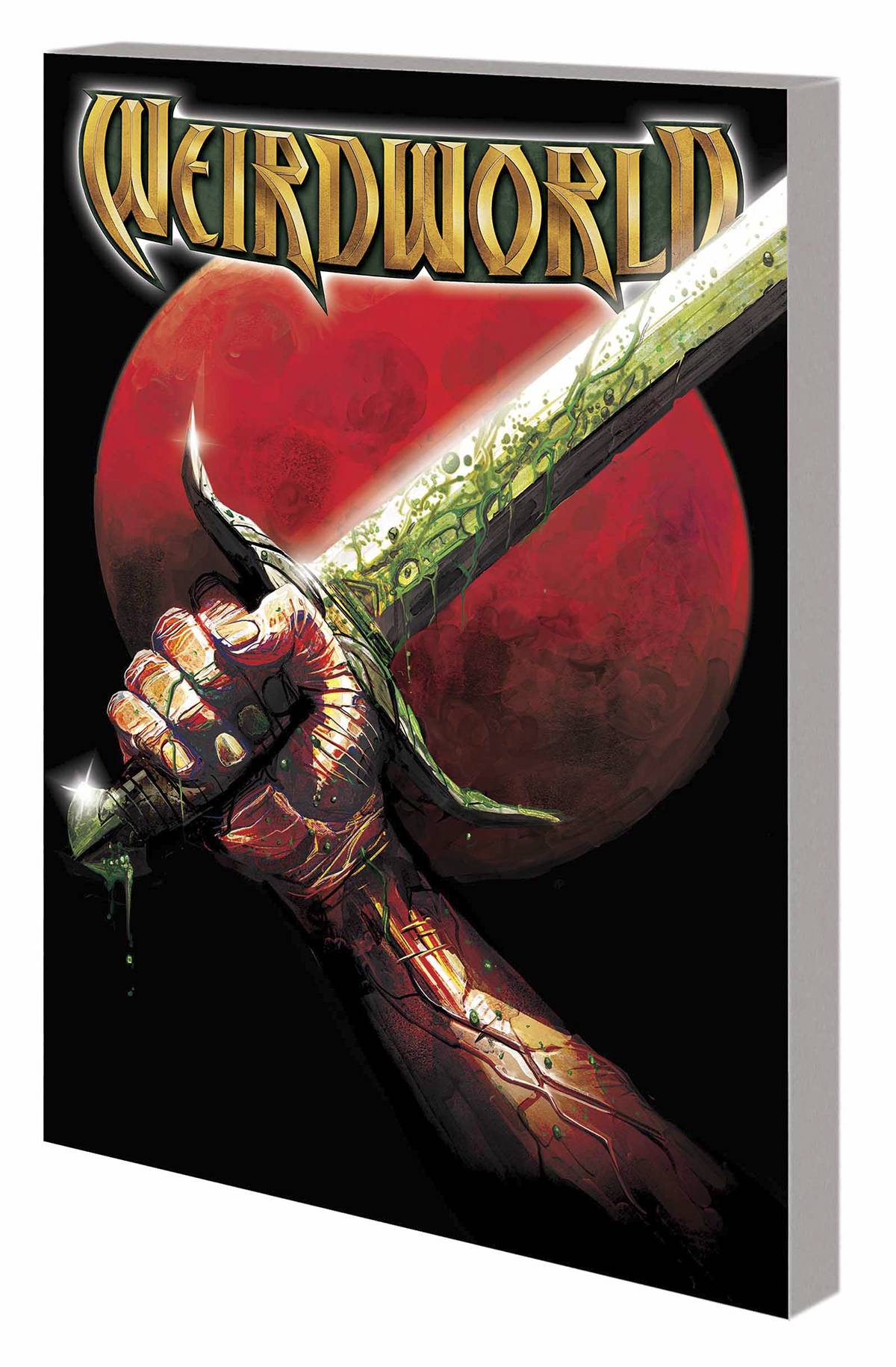 #
SEP150869
(W) Jason Aaron (A/CA) Mike Del Mundo
Welcome to the wildest, most dangerous corner of Battleworld: Weirdworld, a realm of swords and sorcery, and strange perverted science. A realm where one barbarian walks alone, on a dark and savage quest though all things weird and fantastic from throughout Marvel history. His name is Arkon, a lost man in a lost world. Follow him if you dare! For Arkon must battle underwater apes, contend with a Crystal Warrior and traverse the swamp of the Man-Things - as evil sorceress Morgan le Fay and her army of Lava Men and gun-toting ogres lay siege to Arkon's home of Polemachus! Plus: Behold the coming of Skull the Slayer! What happens when a fugitive from the concrete jungle is thrust into a world of all things unimaginable? It's simple, really. He goes utterly insane. Collecting WEIRDWORLD #1-5.
Rated T
In Shops: Dec 16, 2015
SRP: $16.99
View All Items In This Series
ORDER WISH LIST