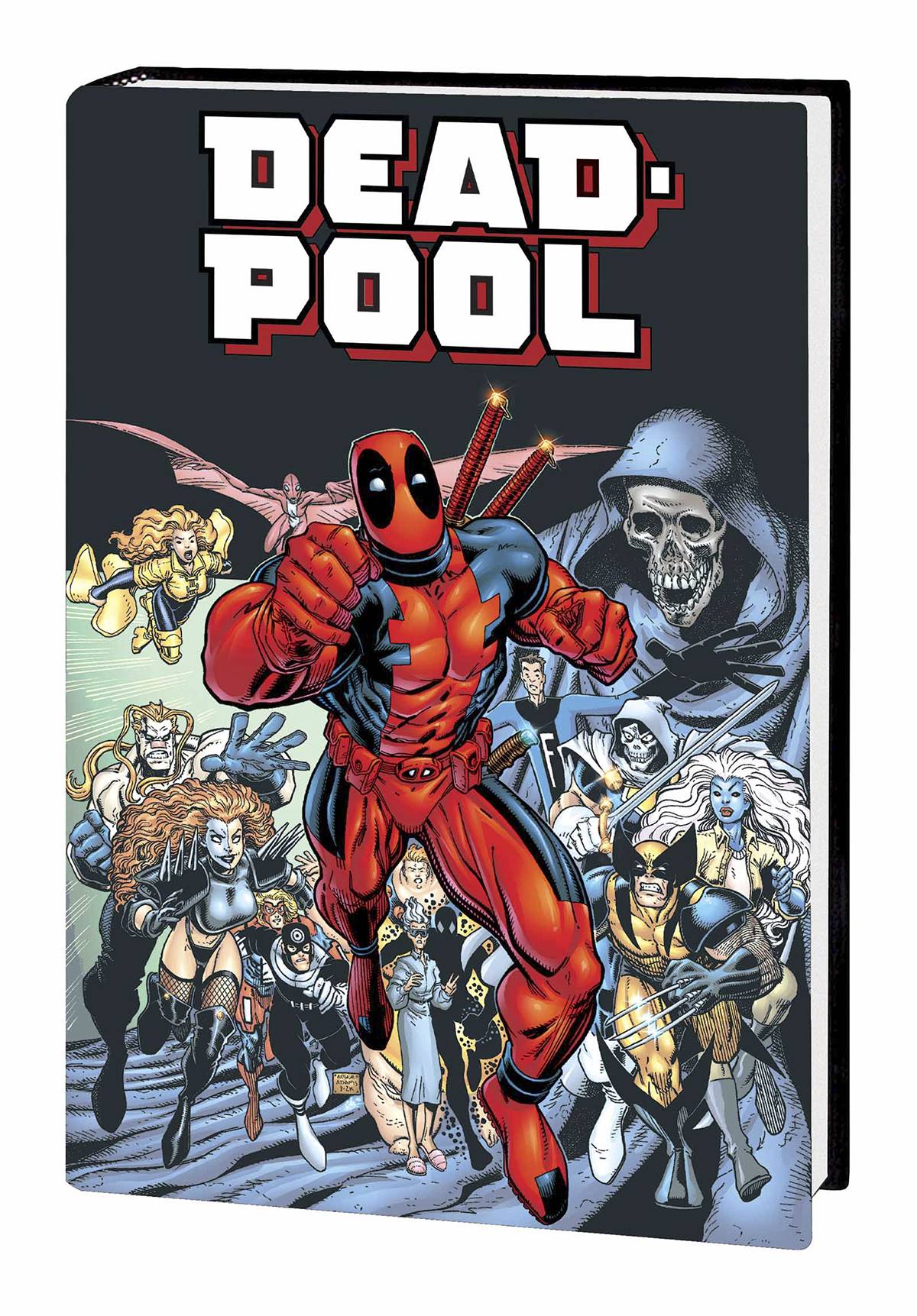 #
SEP150859
(W) Various (A) Various (CA) Arthur Adams
It's a heaping helping of the Merc with a Mouth, chock-full of the craziness that helped form a cult following! Deadpool crosses Loki, joins the Frightful Four, rubs shoulders with Black Panther, and goes into space - but who'll throttle him first: his new roommates, his crazy ex Copycat, or his new sidekick Pool Boy? Deadpool takes on the mob, battles the Punisher, rejoins Weapon X, faces his nemesis T-Ray...and dies - twice! And as if four pretenders ushering in a Reign of the Deadpools isn't enough, who the heck is Agent X and what's his title-stealing deal? Is he Deadpool or ain't he? Taskmaster and Outlaw join the fun...and so should you! Guest-starring Thor, Siryn and Fight-Man! Collecting DEADPOOL (1997) #34-69, BLACK PANTHER (1998) #23, AGENT X #1-15, FIGHT-MAN #1 and material from X-MEN UNLIMITED (1993) #28.
Rated T+
In Shops: Jan 06, 2016
SRP: $125.00
View All Items In This Series
ORDER WISH LIST