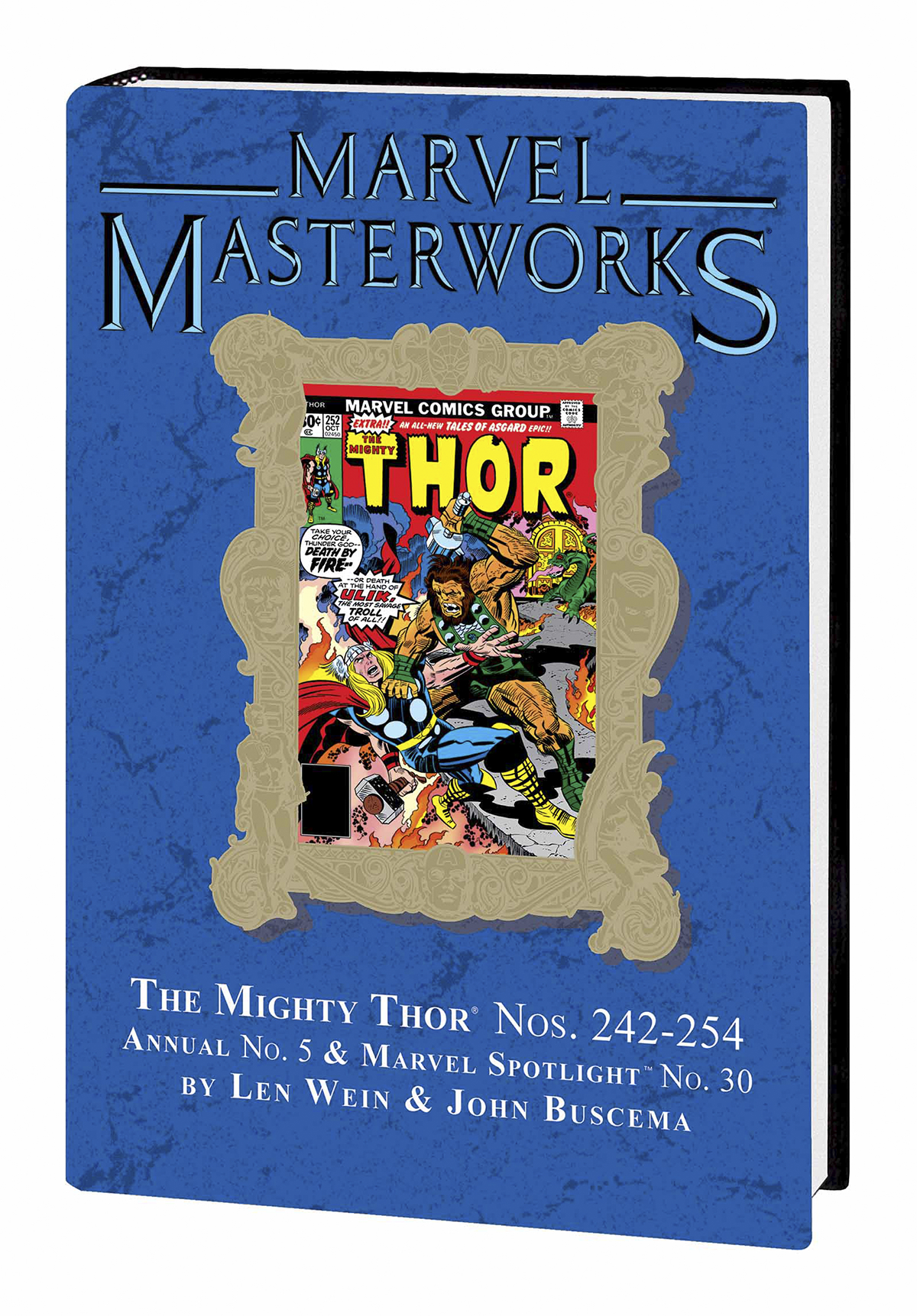 SEP150854
(W) David Anthony Kraft, Len Wein, Steve Englehart (A) John Buscema, Pablo Marcos (CA) Jack Kirby
Writer Len Wein lifts Mjolnir aloft and rallies forth the armies of Asgard! When the Time-Twisters seek to destroy Earth, Thor embarks on an adventure with Zarrko the Tomorrow Man. It's a battle through time (with dinosaurs!) that will impress you to the end! Then, Thor fights the Firelord in the jungles of Latin America - and only Jane Foster can save him! The Warriors Three ramble off on a solo adventure, while Thor returns to Asgard to face the one and only Mangog! Their battle will rage across the Fabled Realm, taking Thor to Hel in a quest to save Odin! Plus: the return of "Tales of Asgard," Thor vs. Ulik the Troll and a giant-sized epic featuring Hercules! Collecting THOR (1966) #242-254 and ANNUAL #5, MARVEL SPOTLIGHT (1971) #30, and material from MARVEL TREASURY EDITION #10.
Rated T
In Shops: Mar 16, 2016
SRP: $75.00
View All Items In This Series
ORDER SUBSCRIBE WISH LIST