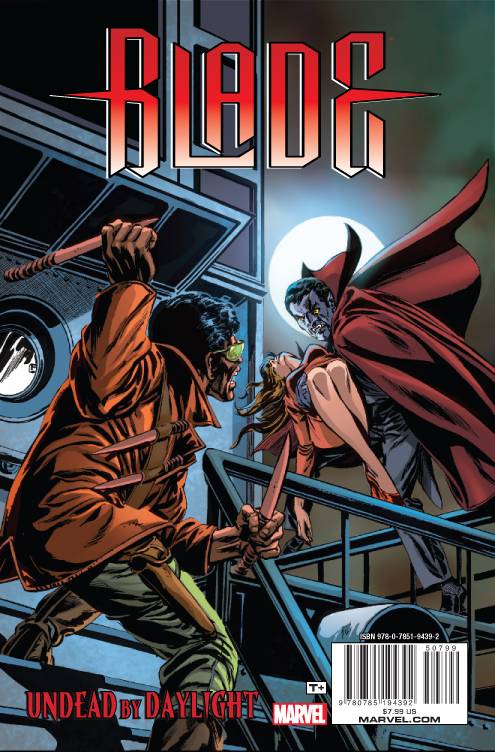 #
SEP150845
(W) Marv Wolfman, Christopher Golden (A) Gene Colan (CA) Gil Kane
• Relive the adventures of Marvel's half-vampire monster slayer - the man called Blade!
•  In his deadly debut, Blade becomes immortal enemies with the biggest bloodsucker of all - Dracula himself!
•  The stakes get higher when Blade's girlfriend is targeted by vampires! For Blade and Safron, love definitely hurts!
•  Then, Blade heads to New Orleans to take on the city's new crime boss - one that just happens to be the vampire that killed his mother!
•  Deacon Frost isn't the only thing giving Blade the blues - there's some bad Voodoo going down. Good thing Blade knows a Brother who can help with that!
•  Get ready for Blade's sensational new series with four key stories that give you the lowdown on the Daywalker!
•  Collecting TOMB OF DRACULA (1972) #10, #24 and #58; and BLADE: CRESCENT CITY BLUES.
Rated T+
In Shops: Nov 04, 2015
SRP: $7.99