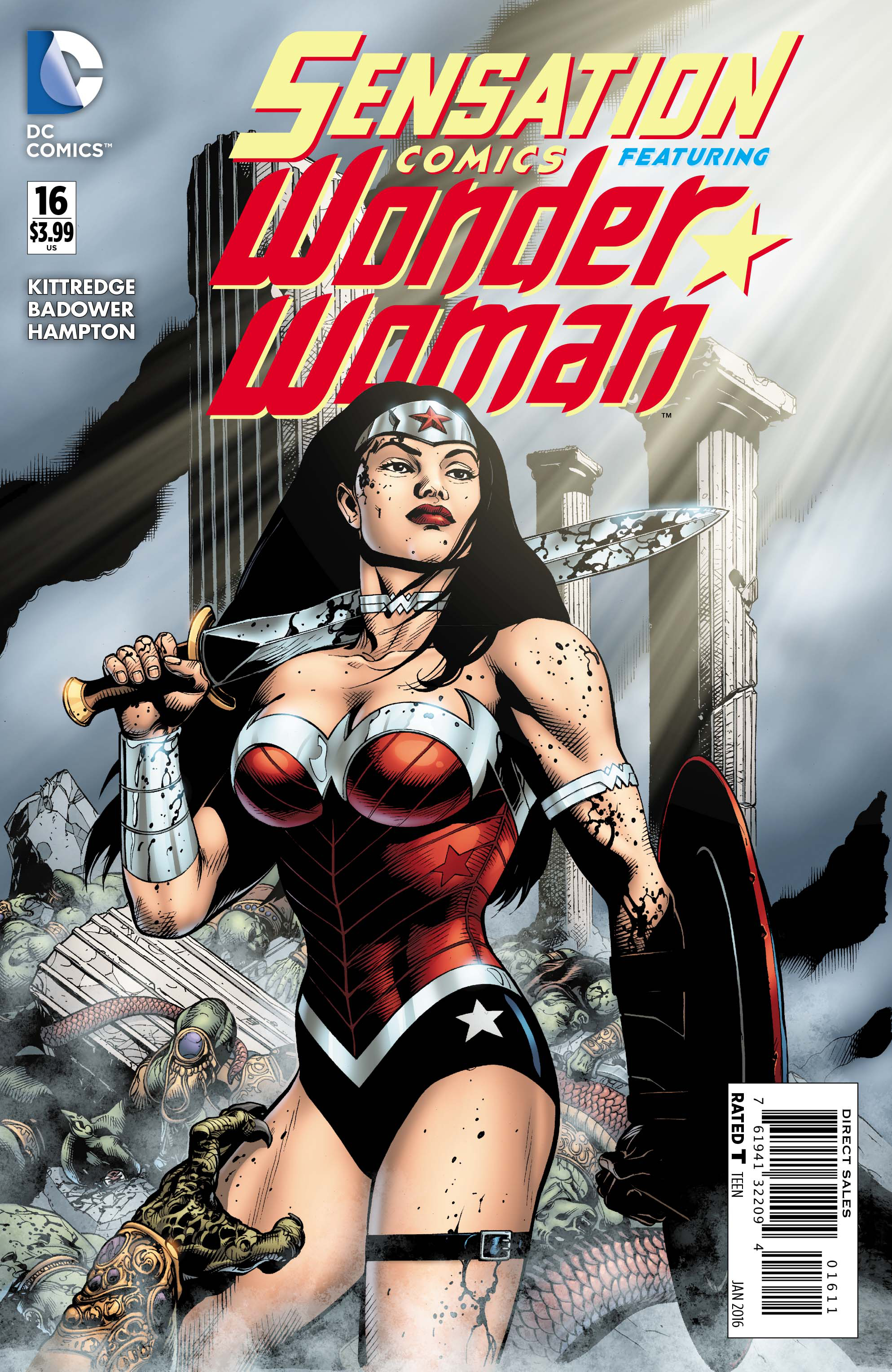 SEP150230
(W) Caitlin Kittredge, Jason Badower (A) Scott Hampton, Jason Badower (CA) Doug Mahnke, Christian Alamy
The streets of Gotham City are dangerous at night, but not for Diana of Themyscira. When she sees Echidna, Mother of Monsters, attacking a local thug, she jumps into the fray-though she never expected to take Echidna's side. And stick around as Clark Kent's exposé "A Day in our Lives" hits the Daily Planet!
In Shops: Nov 04, 2015
SRP: $3.99
View All Items In This Series