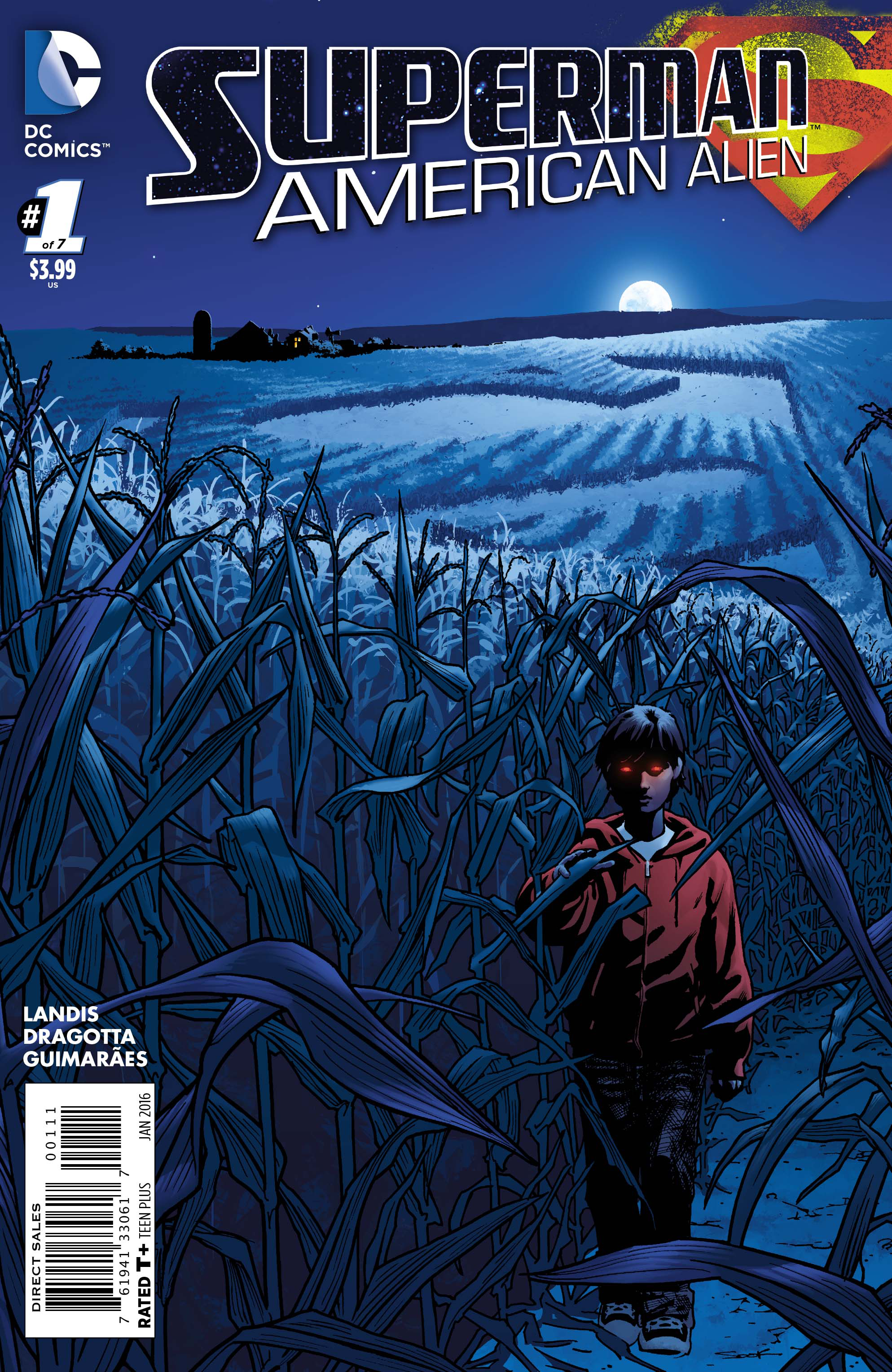 SEP150188
(W) Max Landis (A) Nick Dragotta (CA) Ryan Sook
Hollywood screenwriter and Eisner Award nominee Max Landis (Chronicle, American Ultra, ADVENTURES OF SUPERMAN) joins forces with top comics artists including Jock, Francis Manapul and Jae Lee to bring you SUPERMAN: AMERICAN ALIEN, a 7-issue miniseries chronicling the life of Clark Kent and his development into the archetypal hero he will eventually become. But these are not the stories of the iconic "Superman" as you know him, but of the soft-spoken, charming, often-funny Kansas farm-boy behind the Man of Steel. With the tone of each issue ranging from heartwarming and simple, to frighteningly gritty and violent, to sexy, sun-kissed and funny, SUPERMAN: AMERICAN ALIEN is unlike anything you've seen before.
In this first issue, superstar artist Nick Dragotta (East of West, Fantastic Four) illustrates the story of Jonathan and Martha Kent as they struggle to deal with their 12-year-old son's latest quirk-he's been floating up into the air, sometimes hundreds of feet!
In Shops: Nov 11, 2015
SRP: $3.99
View All Items In This Series