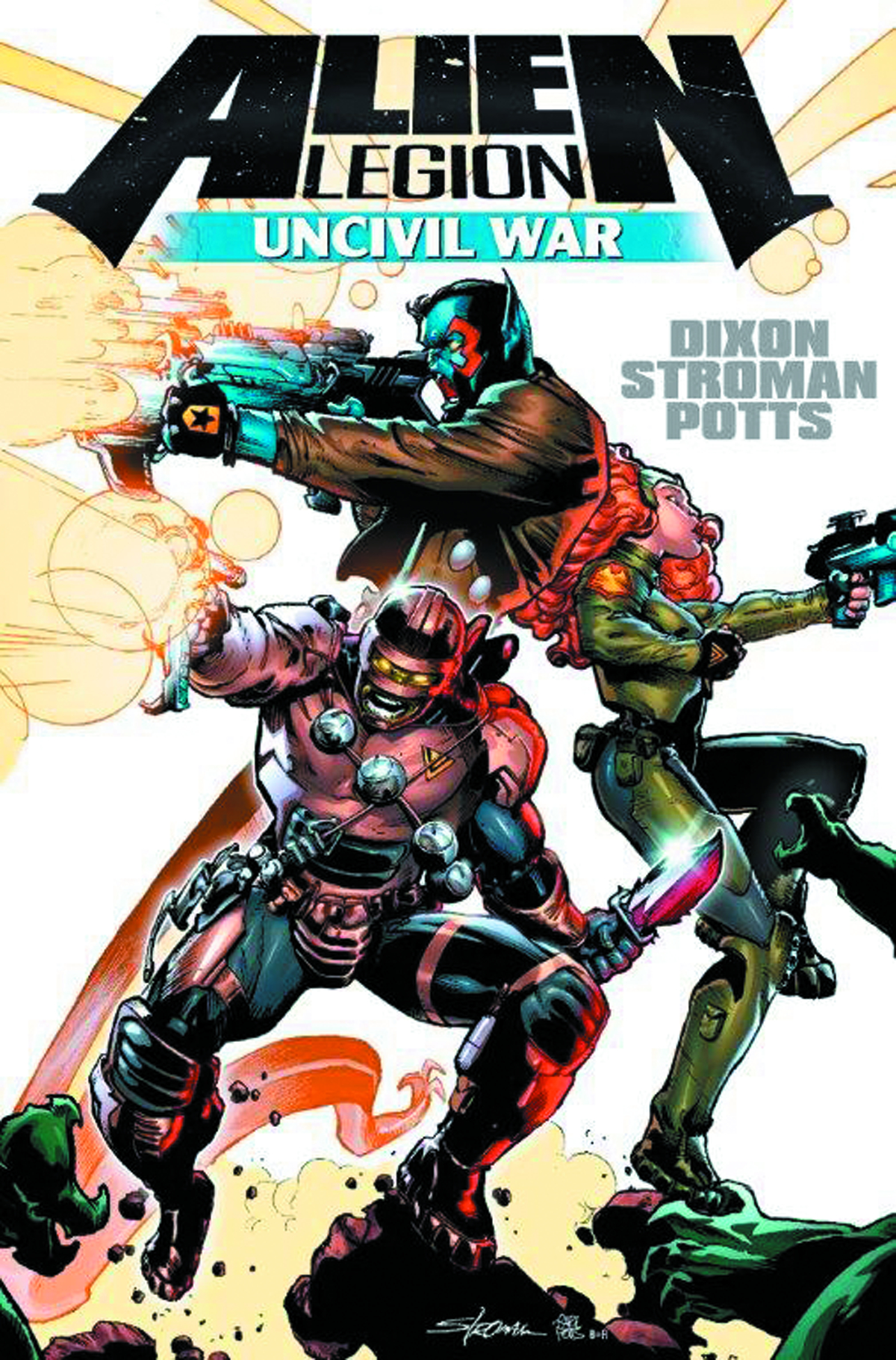 SEP141630
(W) Chuck Dixon (A) Carl Potts (A/CA) Larry Strohman
In a galaxy savaged by strife, torn by civil war, boiling with spilt blood, Alien Legion is a cosmic military force doing its damnedest to keep the peace by being always ready for war.  At the tip of the Legion's multi-species spear is Force Nomad - the worst of the worst fashioned on the white-hot forge of battle into the best of the best. Now the squad's grizzled veterans are on what should be a boring milk run; shepherding refugees fleeing a civil war ripping apart their system. Could be a good chance to toughen the newbies of Nomad into soldiers, until straight-up peacekeeping descends into full-scale war!
In Shops: Feb 11, 2015
SRP: $19.99
ORDER WISH LIST