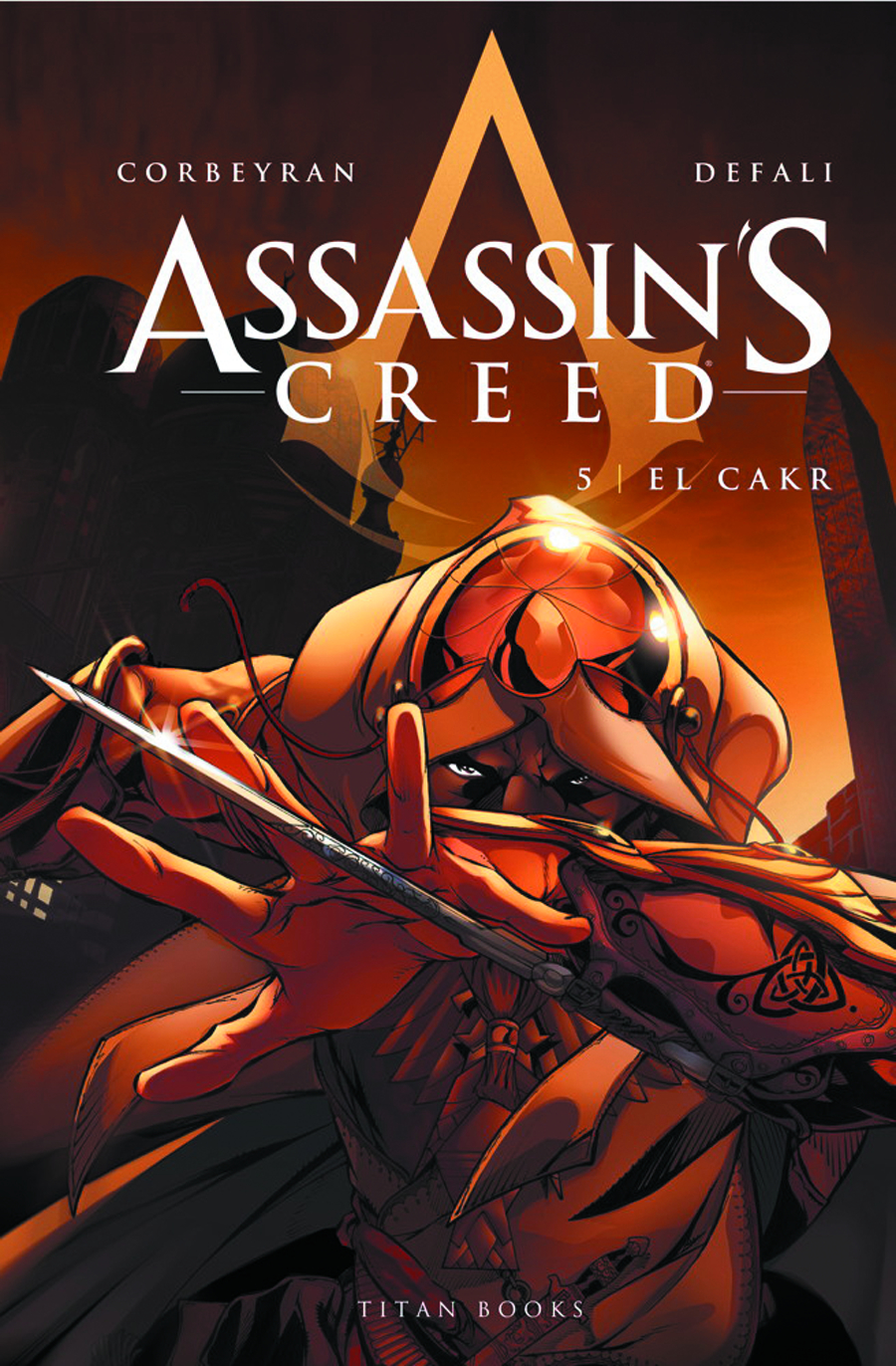 SEP141628
(W) Eric Corbeyran (A/CA) Djillali Defali
Assassin's Creed: El Cakr continues the story of elite Assassin Jonathan Hawk, a brother-in-arms of video game protagonist Desmond Miles. In the present day, Hawk fights through a terrible setback to unmask a traitor in the Order's ranks, whilst his ancestor El Cakr battles Templar agents to gain possession of the powerful Scepter of Aset in 13th century Egypt. As paths intertwine and hidden agendas are revealed, both Hawk and El Cakr take dangerous steps that lead them ever closer toward their destinies
In Shops: Nov 19, 2014
SRP: $9.99
View All Items In This Series
ORDER WISH LIST