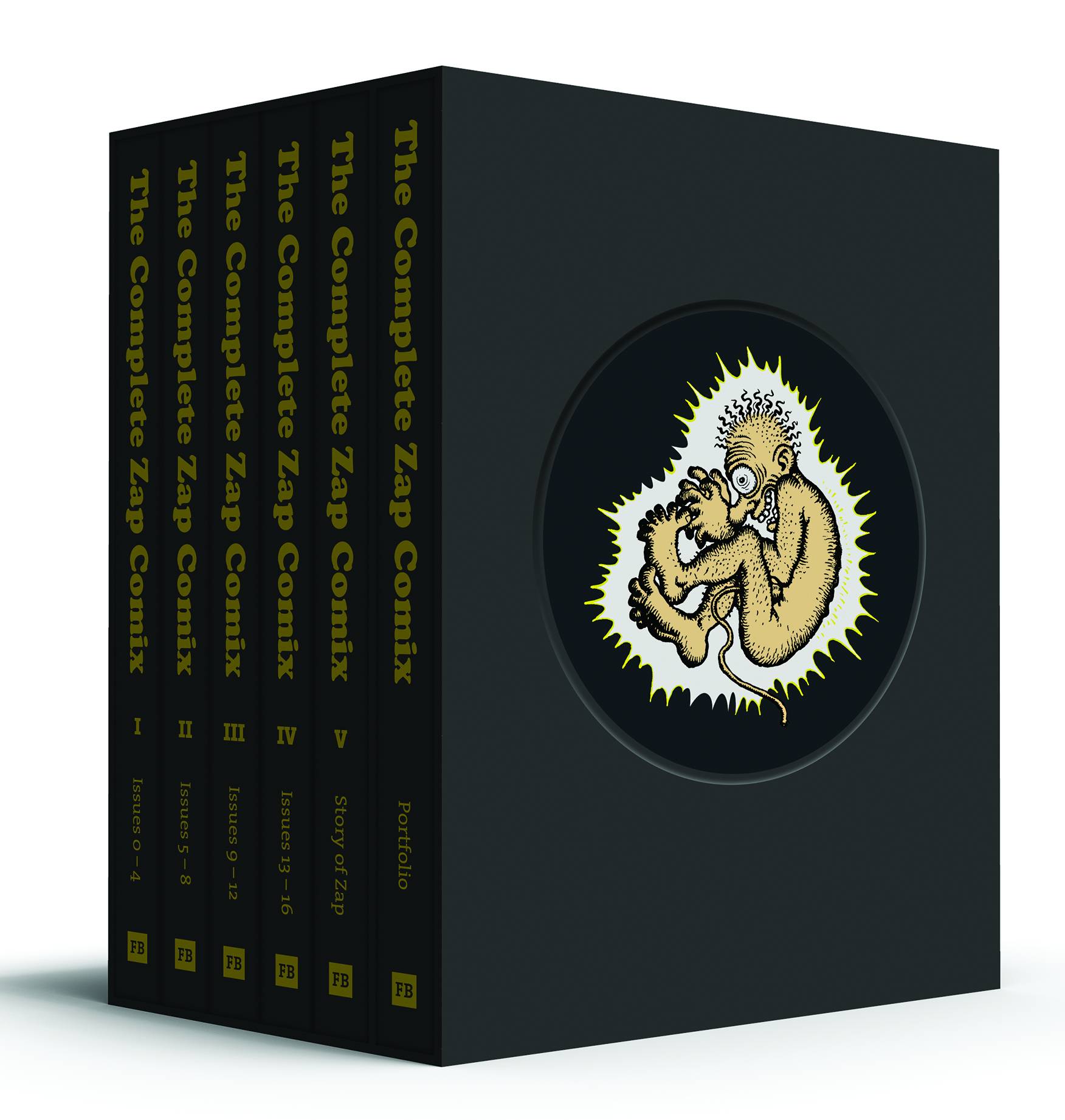 #
SEP141450
(W) R. Crumb, Rick Griffin, Paul Mavrides, Victor Moscoso, Spain Rodriguez, Gilbert Shelton, Rob Williams, Clay Wilson (A) Rick Griffin, Paul Mavrides, Victor Moscoso, Spain Rodriguez, Gilbert Shelton, Rob Williams, Clay Wilson (A/CA) R. Crumb
There scarcely was an underground comics world before Robert Crumb's classic solo first issue ofZap. By Zap #2, he had begun assembling a Seven Samurai of the best, the fiercest, and the most stylistically diversified cartoonists to come out of the countercultural kiln. All of them were extremists of one sort or another, from biker-gang member Rodriguez to Christian surfer Griffin, but somehow they produced a decades-long collaboration: a mind-blowing anthology of abstract hallucination, throat-slashing social satire, and shocking sexual excess, that made possible the ongoing wave of alternative cartoonists like Daniel Clowes, Chris Ware, and Charles Burns. The Complete Zap Comix collects every issue of Zap ? every cover and every story, and even the Zam mini comic jam among the Zap artists ? in a five-volume, slipcased hardcover set. It will also include the 17th unpublished issue with work by Crumb, Moscoco, Wilson, Rodriguez, Shelton, Mavrides, and Williams. Plus, an introduction by founder R. Crumb and an oral history of Zap by Patrick Rosenkranz. Zap is the most historically and aesthetically important comics series ever published.