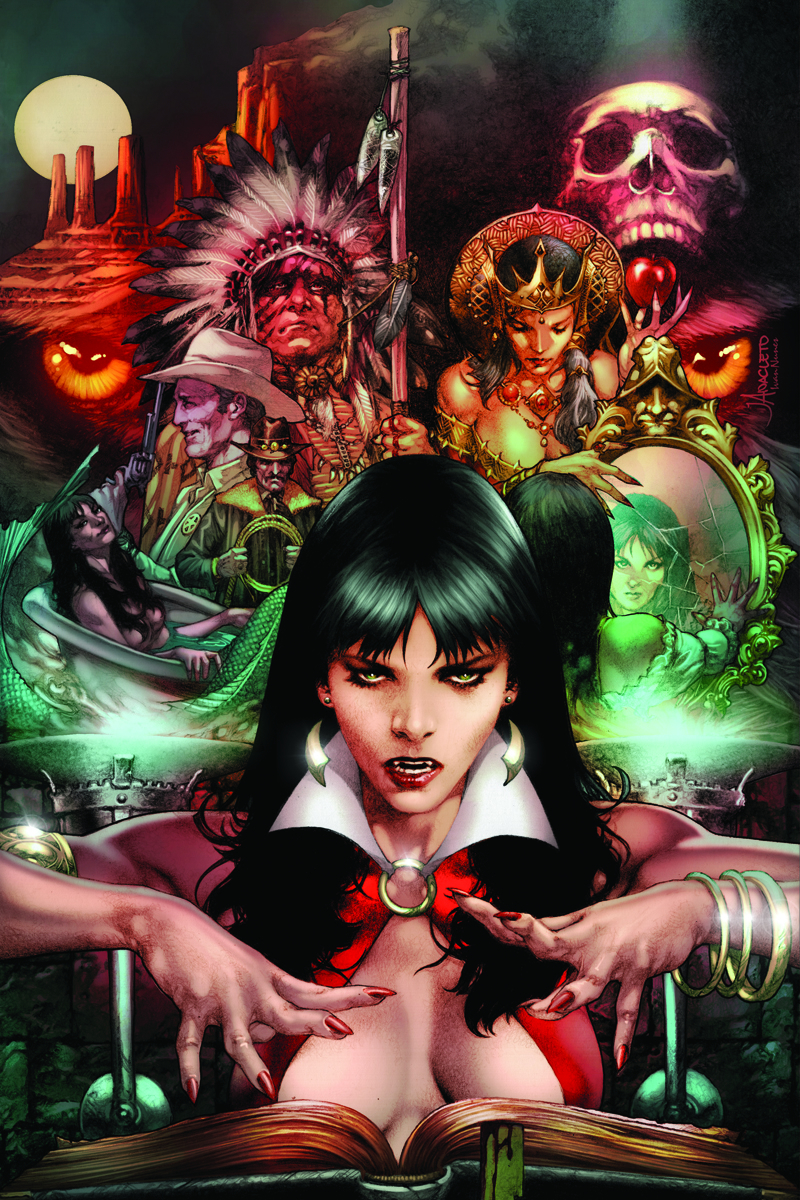 SEP141379
(W) Nancy A. Collins, Gail Simone, Stephen R. Bissette, Denis St. John (A) Jack Jadson, Ronilson Freire, Bilquis Evely (CA) Arthur Adams
Jay Anacleto, whose masterful strokes have captured the imagination of fans the world over thanks to his impressive work on Dynamite's various Warlord of Mars projects, sets his sights on Vampirella on this rare cover edition, unmarked by logos or trade dressing! Within the pages of this rare "Virgin Art" cover edition, Vampirella's finds herself cast as "Snow White" in a macabre re-imagining of the classic Betty Boop cartoon, as written by Stephen R. Bissette (Saga of the Swamp Thing) and Denis St. John (Monster Pie). Then, Gail Simone (Red Sonja) provides a fresh take on an old fishwife's tale when she sends Vampirella to a thirsty Old West town!
In Shops: Nov 26, 2014
SRP: $50.00
View All Items In This Series
ORDER WISH LIST