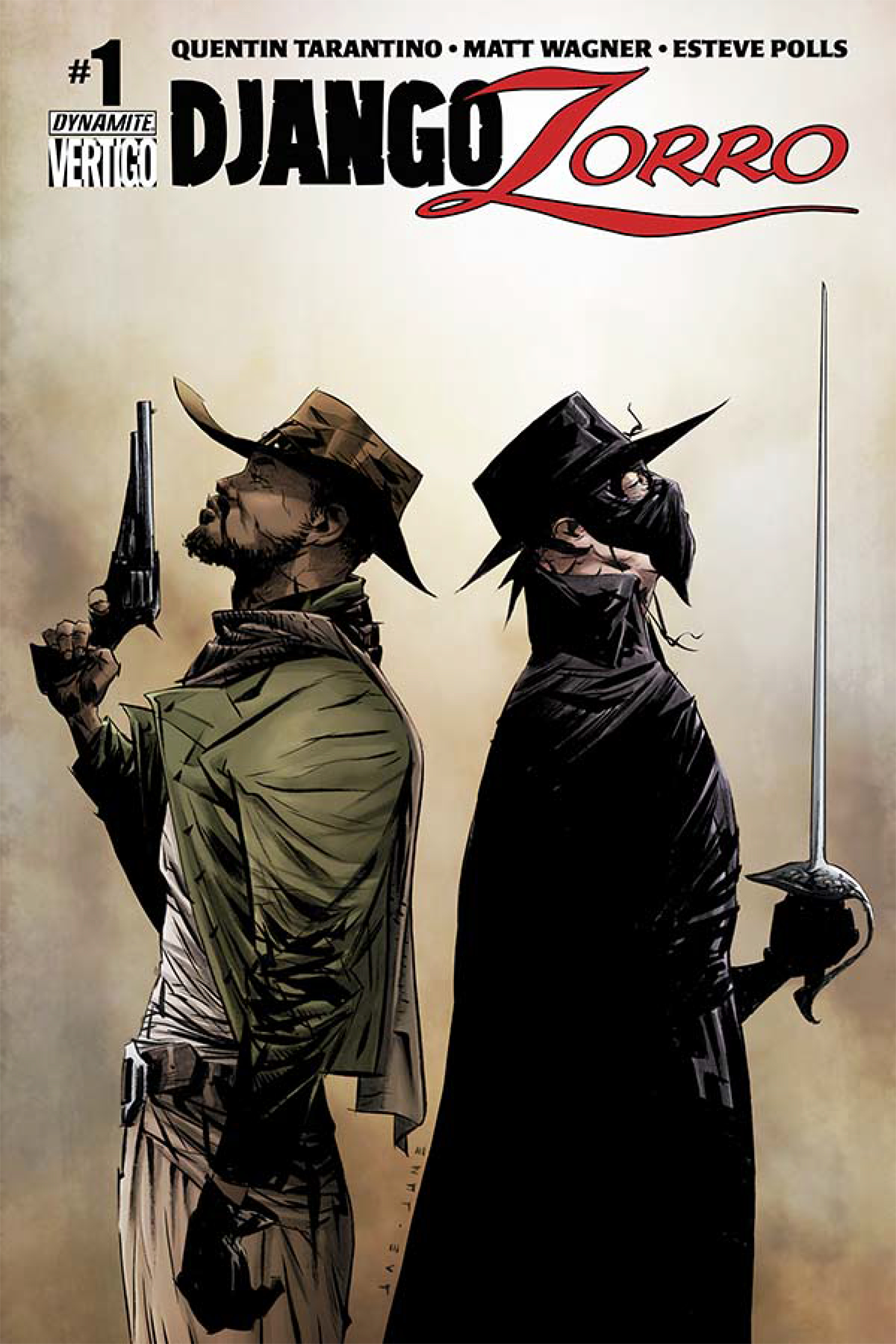 SEP141235
(W) Quentin Tarantino, Matt Wagner (A) Esteve Polls (CA) Jae Lee
Featuring a story by Oscar Award-Winning Writer/Director, and Django creator Quentin Tarantino, and award-winning writer/artist/creator Matt Wagner!  The official sequel to Django Unchained in the first-ever comic book sequel ever done of a Tarantino film! Set several years after the events of Django Unchained, Django/Zorro #1 finds Django again pursuing the evil that men do in his role as a bounty hunter. Since there's a warrant on his head back east, he's mainly been plying his trade in the western states. After safely settling his wife, Broomhilda, near Chicago, he's again taken to the road, sending her funds whenever he completes a job. It's by sheer chance that he encounters the aged and sophisticated Diego de la Vega - the famed Zorro - and soon finds himself fascinated by this unusual character, the first wealthy white man he's ever met who seems totally unconcerned with the color of Django's skin... and who can hold his own in a fight. He hires on as Diego's "bodyguard" for one adventure and is soon drawn into a fight to free the local indigenous people from a brutal servitude, discovering that slavery isn't exclusive to black folks. In the course of this adventure, he learns much from the older man (much like King Schultz) and, on several occasions, even dons the mask and the whip... of The Fox!
In Shops: Nov 12, 2014
SRP: $3.99
View All Items In This Series