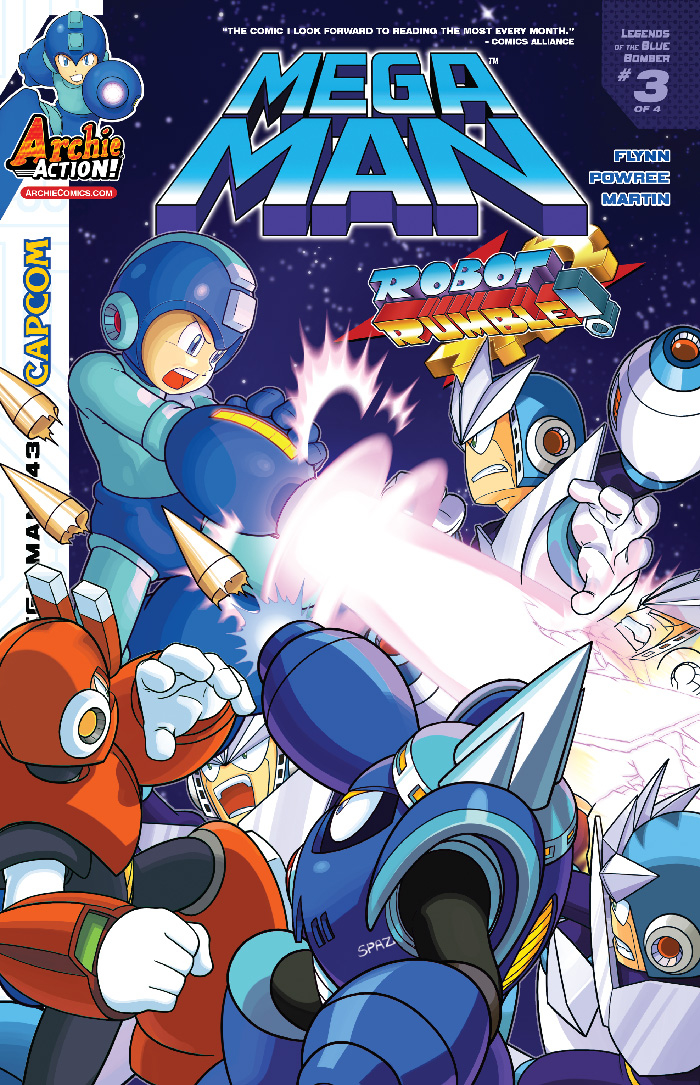 SEP141013
(W) Ian Flynn (A) Gary Martin, POWREE (CA) Patrick Spaz Spaziante
The battle ain't over yet, and the legend has only just begun! Based on the renowned game Mega Man 3 comes "Legends of the Blue Bomber," Part Three. We've seen Mega Man battle Robot Masters many times before, but now witness the automaton insanity unfold from the perspectives of their creators! Magnet Man wonders if he's led his brothers astray as he prepares to stop Mega Man. Needle Man won't go quietly, instead choosing a battle on his own terms! Meanwhile, Auto makes a shocking discovery about Dr. Wily-but will he survive to report it?! Featuring all-new cover art from the legendary Patrick "SPAZ" Spaziante and classic Capcom variant cover to complete your Mega-collection!
In Shops: Nov 19, 2014
SRP: $3.99
View All Items In This Series