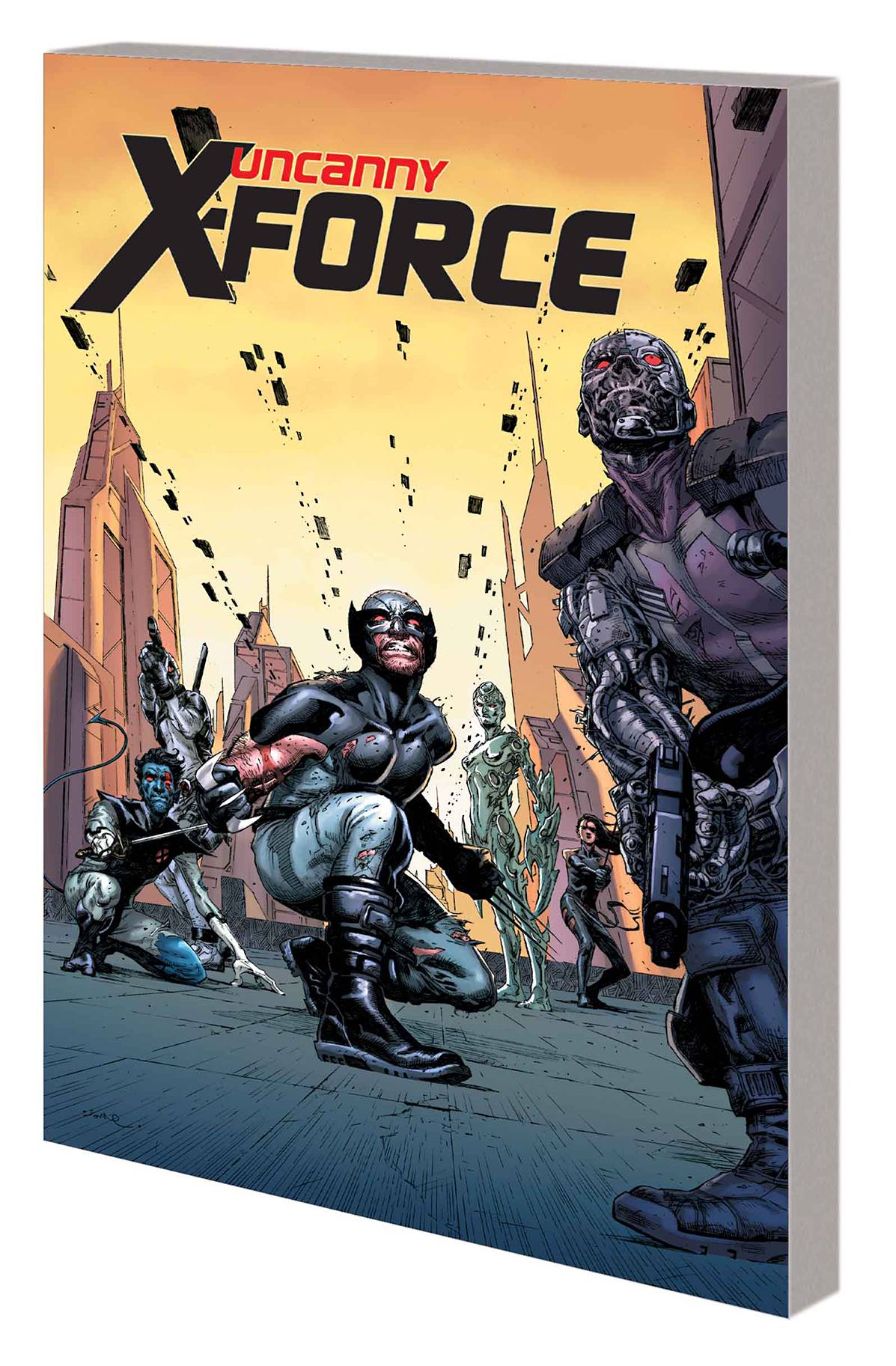 #
SEP140938
(W) Rick Remender (A) Various (CA) Jerome Opena
Rick Remender's extraordinary, critically acclaimed X-Force saga is collected across two volumes! Otherworld, interdimensional home of the Captain Britain Corps, has been invaded by a sorcerous army! Meanwhile, Fantomex stands accused of a crime so heinous that the Corps would rather execute him than defend their gates. Can X-Force repel Otherworld's attackers and still save their teammate? And as X-Force falls to its lowest point, the all-new Brotherhood of Evil Mutants strikes! Led by Wolverine's son, Daken, and specifically designed to dismantle X-Force, this new Brotherhood has a secret agenda - but what does Genesis, young clone of Apocalypse, have to do with it? Can X-Force shut down Daken's Brotherhood in time to save the planet? And does a team of hardened killers like X-Force really deserve a happy ending? Collecting UNCANNY X-FORCE (2010) #19.1 and #20-35.
In Shops: Dec 17, 2014
SRP: $34.99
View All Items In This Series