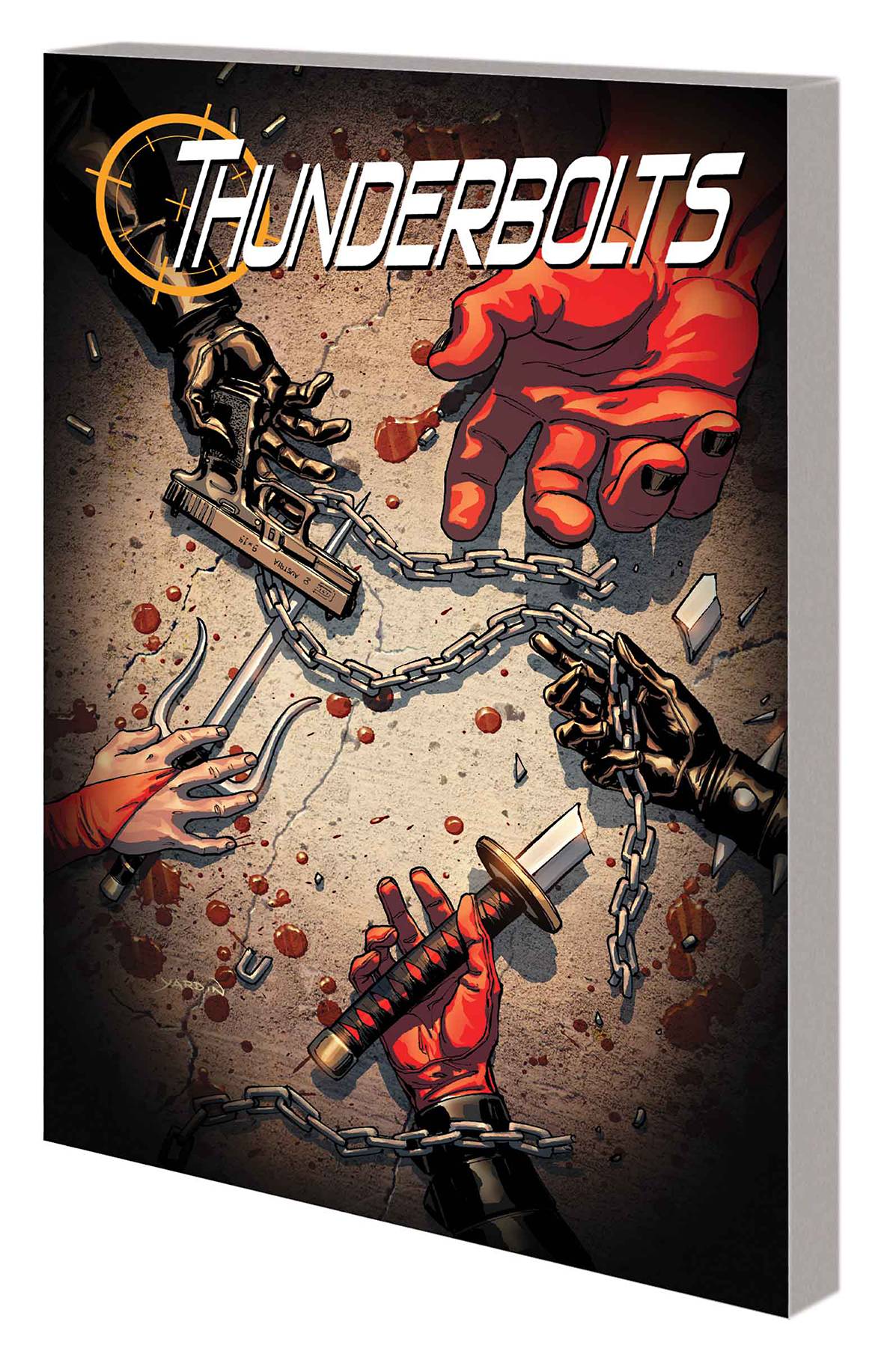 #
SEP140936
(W) Ben Acker, Ben Blacker (A) Various (CA) David Yardin
Writers Ben Acker and Ben Blacker, creators of The Thrilling Adventure Hour, take control of the Thunderbolts - and tear them apart! The Punisher and the Thunderbolts square off! Frank moves in to take out his former allies one by one - but as he faces off with Ghost Rider, Elektra and even the Red Hulk, another former T-Bolt closes in on them all! Will the Thunderbolts prove to be the complete failure the Punisher believes them to be? It's about to get pretty bloody in this series finale that reveals all! Guest-starring the Avengers! Plus: It's a disturbing new mission as the T-Bolts are ordered to kill Dr. Strange! Of course, they're gonna need a pretty special arsenal for that. Get ready for a whirlwind tour of the Marvel Magicverse! Collecting THUNDERBOLTS (2012) #27-32 and ANNUAL #1.
In Shops: Dec 17, 2014
SRP: $24.99
View All Items In This Series