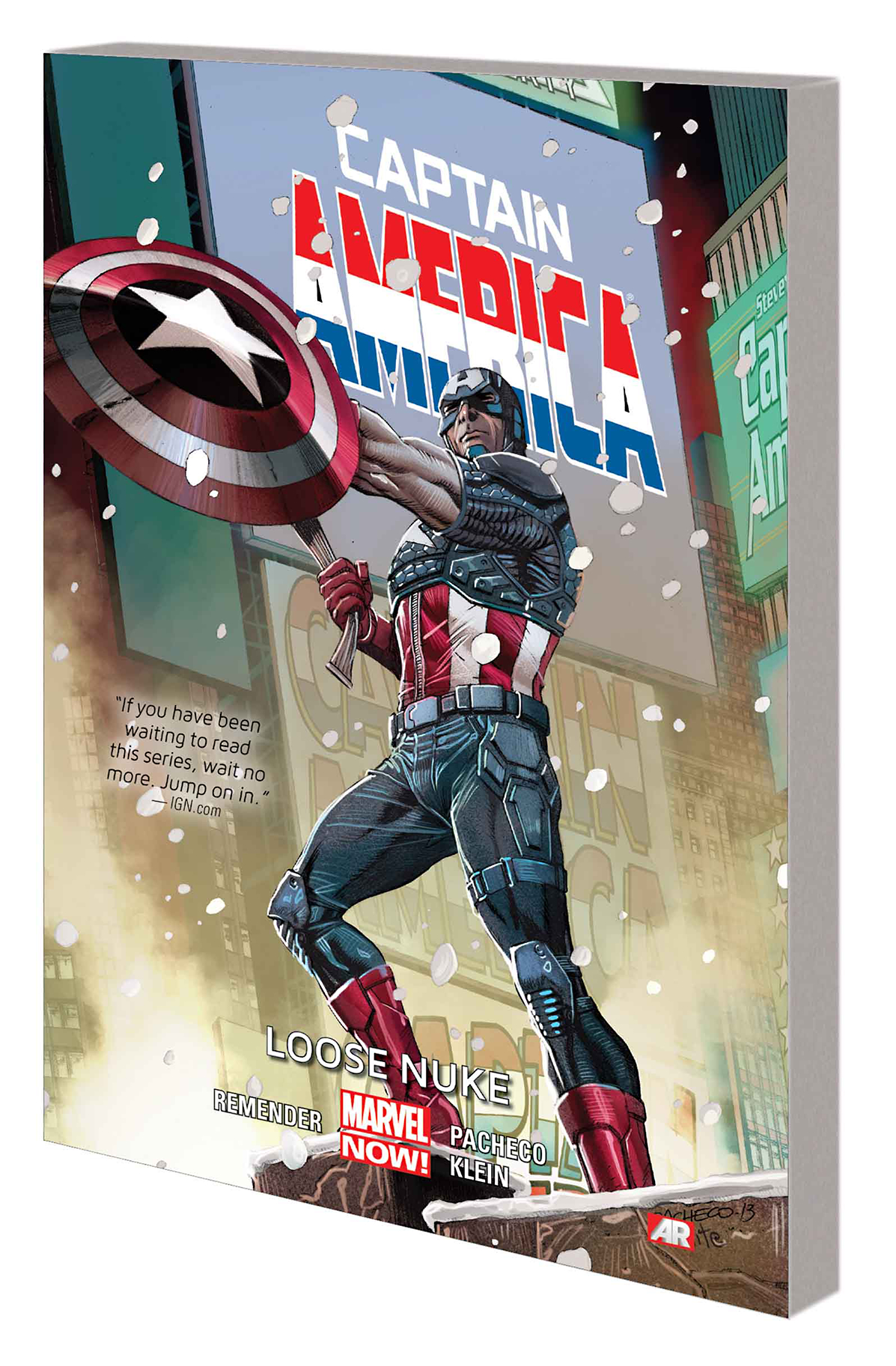 SEP140935
(W) Rick Remender (A) Nic Klein (A/CA) Carlos Pacheco
Captain America has returned home! But his years in Dimension Z have left him out of synch with the world he knows. And his return coincides with shocking news: the deranged super-soldier Nuke has been let loose in a foreign nation, and he's on a rampage! The disturbing existence of the Weapon Minus program is revealed - but who is the Iron Nail, and what will make him Cap's newest arch-nemesis? Captain America takes on Nuke with the lives of thousands on the line - but as the Iron Nail's revenge takes form, Nuke's true mission is revealed! Captain America and the Falcon are in for the fight of their lives! Collecting CAPTAIN AMERICA (2012) #11-15.
In Shops: Dec 03, 2014
SRP: $19.99
View All Items In This Series