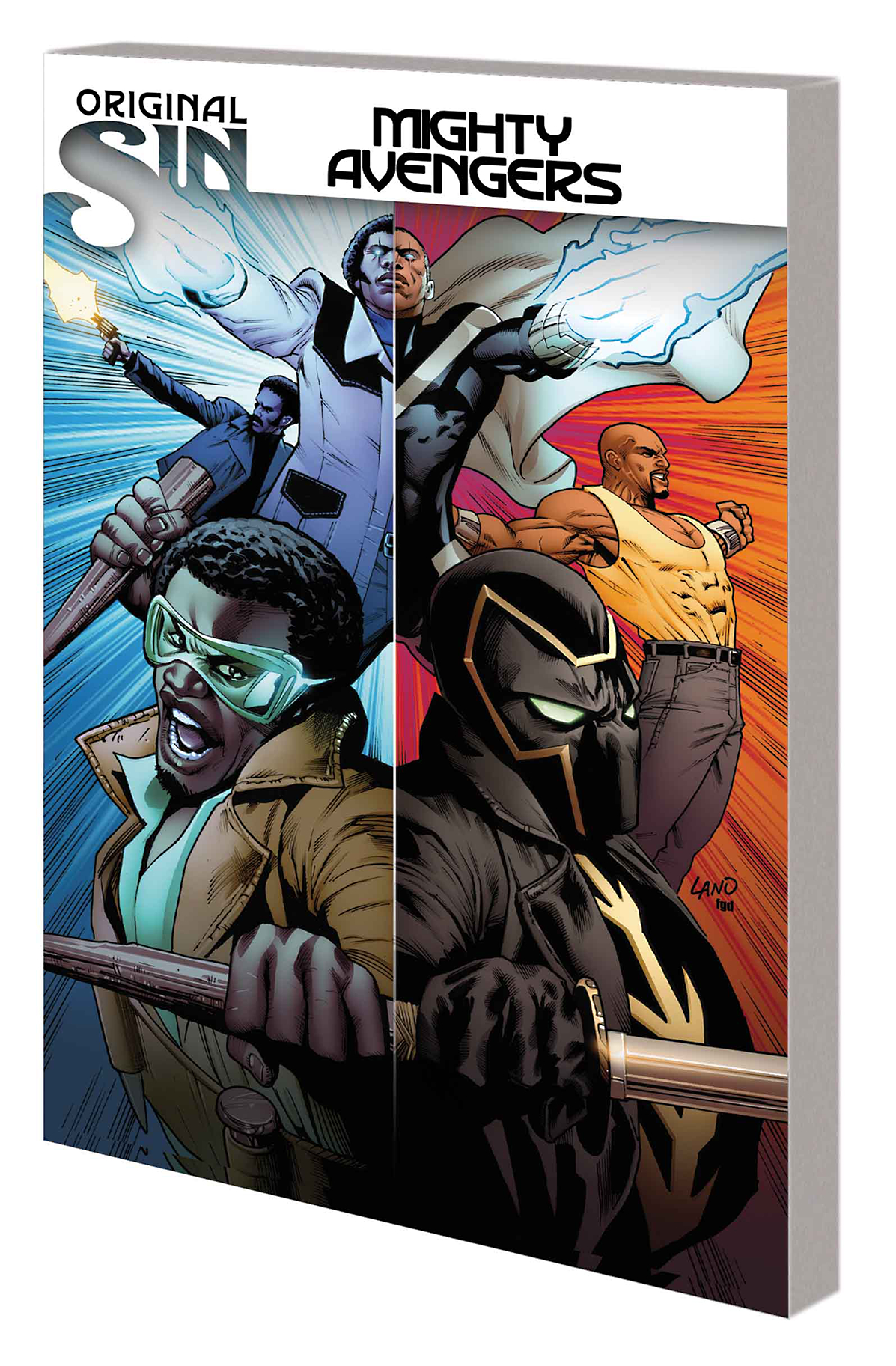 SEP140931
(W) Al Ewing (A/CA) Greg Land
ORIGINAL SIN tie-in! Dr. Adam Brashear, super-scientist! James Lucas, cop on the edge! Kaluu, master of black magic! Constance Molina, two-fisted reporter! The Bear, explosives expert and were-woman! Blade, vampire slayer! In 1972, they banded together to fight what couldn't be fought alone - as the Mighty Avengers! Discover startling secrets of the seventies as Luke Cage confronts his father to learn the truth about the Avengers that time forgot! One horrible night in 1972, unspeakable evil slouched toward Manhattan, opposed only by the Mighty Avengers - and in the present day, history is repeating itself! But this time, have the Mighty Avengers already failed? The moon is full, the sacrifice is ready, and the Deathwalkers are about to eradicate humanity! Can the Mighty Avengers learn from the past, or is Earth already lost? Collecting MIGHTY AVENGERS (2013) #11-14.
In Shops: Dec 10, 2014
SRP: $14.99
View All Items In This Series